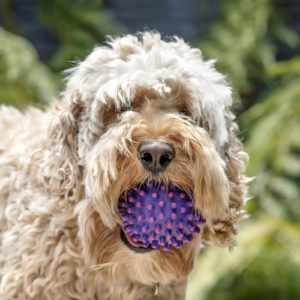 Dog is God Spelled Backward — This One’s for You, Sable

It’s an old topic. What dogs give us has been said so many times — unabashed love, a steady presence, an opportunity to laugh, a moment to convene with fellow dog lovers. The words get old, but the feelings never.

I recently learned that Sable, a 10-year-old husky, who has greeted us for years every morning at the park, had passed. She knew just how to wander over in search of a treat (our pleasure as much as hers), and then find a particularly tasty patch of dirt to eat.

She knew how to school over-eager puppies so that they learned their place in the pecking order. Her manner was firm but never threatening. She had the wanderlust of a Husky, so she had to adjust to life on a leash to protect her from herself.

Like us all, Sable was a complex mix of traits — independent but loyal, strongly built, but scared of her own shadow (and the city’s noisy garbage trucks). Her realness only engendered more love. Over the last month, we watched her health slip, and on those mornings that she didn’t appear, the park just felt off. Recently, I grabbed a photo of her resting on the grass, wanting to mark her in all her glory.

Today, as the dog owners convened for our morning ritual of watching dogs play, we shared memories of Sable. Our motley group spans ages, ethnicities and backgrounds, but we are united in our appreciation of dogs.

My tribute to Sable is to share snippets of a community that has brought so many people joy, and in which Sable was front and center. At the start of each day, a group convenes for close to 30 minutes, and our conversations go everywhere — except for the third rail of politics.

Along with camaraderie, there is a focus group like chatter. Two weeks ago, parents shared thoughts about schooling options for their children. Officials had just shared details regarding the public school schedule (two half-days per week on-site, which felt too skinny to the parkgoers). The angst was palpable as parents digested the trade-offs and considered others’ views.

Fortunately, morning conversation is usually lighter. A favorite topic is evening entertainment as we all work to stem our boredom.

It was here that I learned about Tiger King and then went on to sound like a commissioned sales rep for Britbox, lauding “Prime Suspect” and “Broadchurch” as “must-see TV.” Silly shows like “Schitt’s Creek” and quasi-history series like “Sharpe” have also gotten airtime. We’ve got range.

Early on, when everyone was searching for flour in order to bake our way to happiness, we shared where we saw it last. We were also generous, offering to bring some flour to others without. With flour no longer an issue, we have evolved to discussing recipes, healthy eats and why all brown sugar is not created equal.

As a grocer’s daughter, I can never spend too much time talking food.

Sometimes the conversation can get tender, especially when the topic is health. A woman shared her need to visit her mother, who was nearing the end of a battle with cancer.

She traveled from Boston to the Pacific Northwest, wearing an N95 mask for six hours, without drinking a thing or using the bathroom. Beyond a demonstration of commitment to her mom, it was a cautionary tale of the challenges of travel during a pandemic.

Discussing our dogs’ health is a slight improvement over aging parents. Today I learned that a puppy in the group has cataracts. I googled the condition as soon as I returned home. My 13-year-old Goldendoodle now has arthritis. It turns out that dogs are just four-legged versions of us, though they are more emotionally mature.

Which takes me back to Sable.

There is the popular bumper sticker that reads, “Who rescued who?” Our appreciation of Sable is not just that she was a great dog with lovable imperfections. At a higher level, she was part of a community that allows us to just be — for 30 minutes a day. Consider it a daily rescue as we explore small things that don’t matter, and big things that do.

So Sable, thank you for helping to make a sometimes cold world a little warmer. There must be a reason that dog is God spelled backward, speaking of which doggie heaven will be a better place with you there.