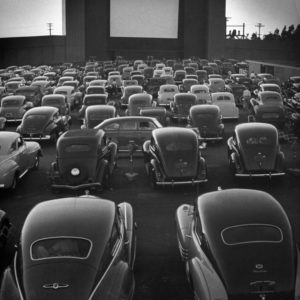 With COVID cases rising and in the wake of the death of Speaker Dick Hinch, concerns have been growing about the upcoming NH House of Representatives sessions scheduled for the University of New Hampshire’s Hamel Recreation Center. According to multiple NHGOP sources, the university has expressed reservations about hosting the legislature under these circumstances.

But acting Speaker Sherm Packard (R-Londonderry) tells NHJournal he may have the solution: A “drive-in” style legislative session when the House convenes on January 6th.

“We will not be meeting indoors at UNH,” Packard told NHJournal, an apparent concession to the pushback from UNH. Concerns have only heightened with word Speaker Pro Tempore Kim Rice (R-Hudson) tested positive for coronavirus last week.

“Our primary concern is safety,” Packard said, and he thinks a drive-in style meeting solves all of the problems the legislature is facing. “Tomorrow (Monday), we’ll find out some definitive answers whether we can pull it off. We’re seeing if we can put all the pieces together.”

A drive-in legislative session has never occurred in New Hampshire. According to Packard, it would allow for the greatest level of safety while bringing the members together in a single location. “Everybody would be in their own cars, and we’d have systems for voting and everything else,” Packard said. “We just need to figure out all the electronics and that kind of stuff.

“It eliminates all potential contacts,” added the Acting Speaker. “We’re confident that we can get this done and keep everyone safe. Our obvious number one job is to ensure safety.” He added that he is working closely with Democrat Leader Renny Cushing to ensure the Democrat caucus feels comfortable with that meeting style as well.

In June, the House began meeting off-site for only the second time in state history, holding sessions at UNH’s Whittemore Center. The ice hockey arena allowed for social distancing, had a voting system that was converted to work with the legislative system, and allowed for the “mask-less” members to be seated far from the legislators on the floor.

Representatives must, by law, elect a new Speaker at their January 6th session.

Just two weeks before Hinch’s passing, several Republican legislators tested positive for the coronavirus after an in-person caucus at the McIntyre Ski Area. That same week a Democrat legislator tested positive after attending in-person training at the State House.

Earlier this year, the Supreme Court of New Hampshire opined that a remote meeting of the House of Representatives would fulfill the Constitutional quorum requirement, so long as the House had a procedure for obtaining such a quorum. Currently, House Rules have no provision for meeting remotely, House Clerk Paul C. Smith told the legislature when it assembled outdoors earlier this month to organize the body. Several GOP members unsuccessfully attempted to expand the question asked of the court to include other Constitutional provisions.

The Rules Committee will meet this Wednesday to kick off discussions on amendments to bring when the House meets again in early January.