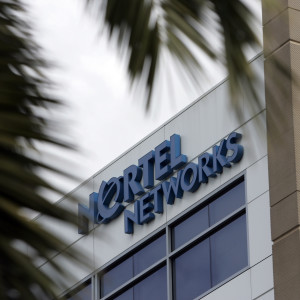 The Troubling Economic Impact of the Ongoing Nortel Bankruptcy

The seven-year legal battle over Nortel’s assets resumes in the U.S. on April 5, with one day of oral arguments before Chief Judge Leonard Stark of the U.S. District Court of Delaware. The latest round in this case will be costly to creditors of the defunct Nortel and could ultimately rack up billions more in legal fees if the case heads to the supreme courts of both the U.S. and Canada. At stake is not just the money owed to pensioners and bondholders. There are broader economic implications that concern outside experts.

In a highly-unusual and unprecedented ruling last May, judges in both Canada and the U.S. simultaneously decided in a video-linked trial to pay all creditors pro rata. This ruling would have given each creditor, including 20,000 Canadian pensioners, as much as 71 percent of what they’re owed.

But after several rounds of mediation following the trial, the case is unresolved, with sources revealing British lawyers and accountants serve as holdouts, unwilling to reach a settlement in the case. Of the $7.3 billion in remaining assets after Nortel’s liquidation, legal and accounting fees have already reached nearly $2 billion. While they represent creditors to the smallest Nortel operating unit, British lawyers and accountants have taken in far more in fees than those representing the Canadian and American operating units.

As the case goes back to court, with the battle potentially lasting several more years, outside observers worry about the broader implications for the economy.

“The fees and delay have long fallen out of kilter with the sums at stake…And the knock-on effects can be damaging to the wider economy,” says Nick Moser, Head of Taylor Wessing’s U.K. Restructuring & Corporate Recovery group. “A predictable and efficient system for insolvencies is an important aspect of any credit-based economy (which is pretty much all economies). Without that certainty, lenders will necessarily charge companies more to borrow money, putting businesses at a disadvantage on the world stage.”

To put the Nortel case in perspective, Lehman Brothers, the largest bankruptcy of all time, held approximately 60 times more assets than Nortel, but the case made its way out of court in 3.5 years. Seven years into the Nortel bankruptcy, there is no end in sight.

“Although there are obvious dangers of credit being made too cheaply available, if a seven year wait for a payout is the norm it is not difficult to see how borrowing costs and trade terms will become more onerous,” explains Moser.

Without a predictable system, cases may drag on indefinitely. While this enriches lawyers and accountants fighting over the remaining assets, it leaves the creditors with the possibility of losing all that they’re owed.

At the center of this case sits Ernst & Young. The firm is a chapter 11 tax adviser in the U.S., a court-appointed monitor in Canada, and administrator for the U.K. estate. While its role in the U.S. has been small, critics question its outsize role in Canada and the U.K.

Responding to a 2009 request for disclosure regarding the Canada Health & Welfare Trust, Ernst & Young’s counsel made clear it has discretion over any information released to concerned parties: “As with other matters in the Nortel proceeding, the Monitor exercises its discretion on issues of disclosure in light of a number of competing considerations, including some that are not always readily apparent,” explains the letter. “Considering all of the relevant factors, the Monitor then determines to whom, how and when disclosure of documents should be made, taking into account the interests of all stakeholders and other facets of the restructuring.”

This power in Canada worries critics who also point to the firm’s administration over the U.K. estate. The U.K. and Canada are opposing parties in the ongoing court case.

Ernst & Young did not respond to a request for comment on the potential conflict of interest.

Financial analyst Diane Urquhart, who has worked in a pro bono capacity with Nortel’s Canadian long-term, disabled former employees, estimates that Ernst & Young has received over $500 million in revenues from the Nortel bankruptcy. The firm’s U.K. fees are currently at $270 million, with an additional $33 million in the U.S. Its fees as a court monitor in Canada are undisclosed but estimated at $200 million.

Ernst & Young did not respond to a request for comment on this estimate.

The global firm is not without controversy. As a result of the Lehman bankruptcy, Ernst & Young reached a $10 million settlement with the state of New York over its role in misleading investors. In Canada, the collapse of Sino-Forest, for which Ernst & Young was the auditor, led to multiple settlements. The firm paid $7.2 million to Canada’s securities regulator, and it paid a record $117 million, the largest settlement by an auditor in Canadian history, in a class action suit alleging the firm misled investors.

As the Nortel case drags on, creditors across the globe may begin to question the difficulty of resolving bankruptcies and the powerful law and accounting firms that inevitably sit at the center. The outcome of this case may yet be years down the line, but its impact should already be worrying investors.

Correction: This version of the article clarifies Diane Urquhart’s affiliation with Nortel Canada’s long-term, disabled former employees rather than pensioners.