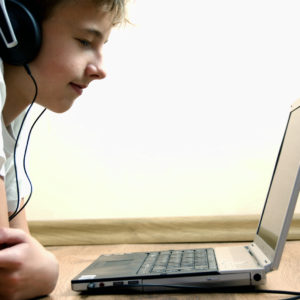 Congress is coming back into session after Labor Day with an agenda that is bursting at the seams, and as fiscal fights in particular loom, ed tech groups are fighting for full funding of at-risk education programs.

Brendan Desetti is the director of education policy at the Software and Information Industry Association, or SIIA. In addition to their interests in a number of public policy fields, the SIIA represents a number of large and small companies active in the education technology, or “ed tech” space. Desetti, who spoke with InsideSources by telephone, represents the group’s interests in policy discussions on Capitol Hill and with other Washington power-brokers.

While Desetti and his members would like to see ramped up support for an ed tech sector that has continued to grow in recent years, he acknowledges that limited budget space and a tough political environment are stacked against them. The SIIA was one of many groups that criticized the administration’s proposed budget over billions in cuts to the federal Education Department. And while Congress ultimately has a final say on appropriations, Desetti is still concerned for a number of programs.

In particular, under the new educational law of the land, the Every Student Succeeds Act, a number of grant programs were rolled into one massive block grant under Title IV of the law. While schools have a great deal of flexibility in how they use that money, one of its primary purposes is to support ed tech spending in local school districts.

“We understand that not every program is going to receive an increase or be funded at the levels that it needs to be. What we are hoping for is that some of these key programs that are chronically underfunded or have not been funded at the levels they need to—that are really critical for schools like Title IV—are addressed within the FY18 spending agreement,” said Desetti.

The SIIA has reason to be concerned over the health of Title IV as the current spending agreement for this year in Washington only funded about a quarter of the roughly $1.6 billion authorized for the grant program. Another flash-point in the Education Department’s budget is a proposal to zero-out roughly $2 billion under Title II used to fund teacher training. The potential elimination of teacher professional development funds was been met with howls from a number of education advocates, though some right-leaning groups have said that the program has been a waste of resources with little to show for it for years. Desetti and the SIIA are among those opposed to the effective elimination of Title II.

One element to keep in perspective, is that the federal government actually has a relatively limited hand in most school district budgets. More precisely, the federal government only accounts for about 10 percent of K-12 education spending nationally when state and local level outlays are included. Therefore, the Washington budget fights arguably represent more of a sideshow in education funding debates when compared to what happens in statehouses and city council meetings.

Desetti, however, disagreed with this assessment. He argued that many state and local policy-makers take their cues from the priorities laid out in Washington, and that cuts to ed-tech in the federal budget, for example, could empower regional and local fiscal hawks to make similar budget reductions at the expense of students.

One area that the Trump administration has tried to send clear signals on is job creation and career and technical training. The administration has repeatedly touted a warming economy and the importance of American manufacturing, but on the other hand, the president’s proposed budget made cuts to some career and technical programs. With a tech-heavy membership, the SIIA and Desetti also have an interest in developing a pipeline of well trained workers. So is the administration walking the walk with its negotiation efforts in this area?

“The administration has been very positive in their verbal support for workforce programs, for apprenticeships, for licensure and credentialing and ensuring that our students and existing workforce have the training programs and the access to such programs available to them. It has been a little disheartening to see some of the proposals where those same programs are not funded at the levels they need to be, or should be,” said Desetti.