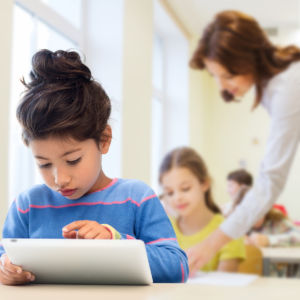 A recent report card on the progress of education policy legislation during last year’s session has advocates discussing the future of public school choice in New Hampshire.

Michelle Levell, director of School Choice for New Hampshire, issued the organization’s second annual Legislator Report Card on Sept. 5. In a phone interview with NH Journal, Levell said she graded legislators based on the 35 education bills presented in the legislature, tracking the progress of bills and analyzing roll call votes.

The focal point of the public choice debate is SB-193, which would allow for the creation of education savings accounts (ESA) available to all students in New Hampshire. ESAs are defined as personal accounts for students who are awarded qualified scholarships to receive 90 percent of state funds allocated per pupil. These can be used to cover tuition at a school of the family’s choosing or other educational expenses like textbooks.

The bill passed the General Court in two votes last year but was tabled in the House education committee, likely meaning it will be addressed during the next session.

While Levell said the issue is nonpartisan, representatives mostly voted on party lines with Republicans voting in favor of school choice while Democrats voted in opposition. Democrats, who tend to receive significant support from teachers unions, have raised concerns that enacting such legislation would draw funds away from the state’s traditional public education system.

Levell said ESAs provide students and their families with options for choosing the education they want to receive rather than being assigned to a school by zip code. Levell pointed to several low-cost enrollment options for families, including private schools, online courses like Khan Academy and charter schools which provide an array of specialized curriculum for students. She added that students who attend public charter schools, some from low-income households, have seen improvement in their performance.

“I believe there’s a lot more interest from parents and the general population that each child needs an education that fits them while they’re in their school years,” Levell said. “I think more people are aware of that and are sensitive to that, trying to empower families to be able to access those resources that they need for their children.”

Kate Baker, executive director of Children’s Scholarship Fund New Hampshire, explained her support for ESAs in a phone interview with NH Journal, discussing the fiscal portability and customization families have for educational options. So far in 2017, Children’s Scholarship Fund has provided 294 students with scholarships, far outpacing last year’s total of 122 students. Baker said the average scholarship per student is $2,200, below the state-mandated cap of $2,700.

Baker said public school choice benefits students across the board, including those on an accelerated track as well as those with individualized education programs (IEP). For those in need of advanced education, scholarships can cover the cost of tuition at a private school or the Stanford Online High School, a highly selective online school sponsored by Stanford University. At the same time, scholarships can assist families with children in special education to afford tutors as well as occupational and speech therapy.

Baker highlighted a recent survey by EdChoice, an education reform organization, which found 58 percent of voters in New Hampshire support the creation of ESAs and 32 percent are opposed. Baker said more people, even those who may have hesitated at first, have embraced the idea of ESAs as information on the subject has become available.

“Whenever you talk about a new idea, there’s apprehension because people don’t get it yet,” Baker said. “There’s still a lot of people in the legislature who don’t know what an ESA is.”

Advocates like Baker argue the fiscal benefits as well, mentioning how the average public school tuition cost in New Hampshire is $15,000 compared to significantly lower tuitions at private schools. Baker said these lower tuitions can be covered in part or fully by scholarships provided to students. Baker added that New Hampshire’s reputation as a national leader in education could be bolstered by joining the five other states who have already implemented ESAs.

“If you’re asking me which building should the money go to, I’m going to tell you it’s the building that meets the needs of the child,” Baker said.

Baker is participating in a forum on Tuesday, Sept. 12 with Dan Vallone of Reaching Higher New Hampshire. Vallone did not respond to multiple requests for comment on this story.

The talk is entitled “Are Vouchers the Fix for NH Schools?” which will focus on the public policy aspect of the public school choice ahead of next year’s session.