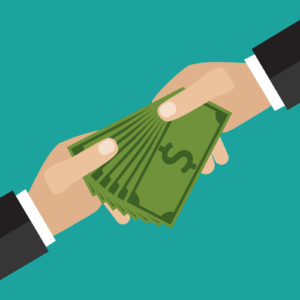 Pick anything a K-12 school district uses—textbooks, learning software, gym supplies, maintenance services—the purchase of all of it is subject to district procurement procedure, including state and sometimes federal regulations.

For big-ticket items, each district has a “Request for Proposal,” or RFP process, in which it issues a formal solicitation document (often over 50 pages long) and gives vendors a few weeks or months to respond. Between formal question-and-answer periods, amendments, a committee selection process, and contract finalization, a “purchasing cycle” in the K-12 world can take multiple months, or longer.

The result, according to John Katzman the founder of test-prep company Princeton Review, is an unhealthy market in which an estimated $200 billion changes hands annually.

“The way you know a market is working is that inferior producers go away and innovation scales quickly,” said Katzman in a telephone interview with InsideSources.

As things stand now, K-12 purchasing is highly fractured, and the market lacks dynamism, especially for education technology companies. There are over 10,000 local school districts in the U.S., each of whom advertises purchasing opportunities differently on their own website or through cooperatives.

Companies often struggle with the first step of making a sale: knowing when school districts are in the market for a product they supply. In addition to scouring thousands of district webpages or paying for access to third-party RFP databases, many smaller transactions do not even require schools to advertise an opportunity.

The effect is a huge number of small local K-12 providers who have mastered the purchasing process in their small local pond, and a handful of giant multinationals that can afford to have dedicated staff to find purchasing opportunities, said Katzman.

The current system is challenging for district procurement officials as well, he said. Often purchasing officials lack the information to compare the quality and value of one company’s products to another’s. With so many options and so little data to guide decisions, purchasing officials end up using the companies they’ve worked with before, said Katzman, even if there are better options out there.

This preference for the incumbent vendor and the complexity of the RFP process makes it very difficult for startup education companies to close deals, generate revenue, and scale, he said.

“Complexity is in favor of the home team,” said Katzman, who counts few medium-tier K-12 educational providers. Much of the country’s K-12 business landscape is one of “a million little fiefdoms,” he said.

The company Katzman co-founded to address the problems in K-12 purchasing, is only one of the projects on his plate. Noodle Markets, the online platform Katzman hopes will disrupt K-12 purchasing, is under the umbrella of Noodle Companies, which includes three other businesses, Noodle.com, Noodle Partners, and Noodle Pros.

Each is hoping to tackle a different aspect of the larger education market. Together the Noodle Companies provide services and technology to parents, students, tutoring businesses, K-12 schools and higher education institutions. Nicole Neal, a former executive at the education consultancy CORE ECS and the education publishing giant Pearson, is a co-founder and the CEO of the Noodle Markets project.

In addition to his most recent ventures and the test prep company he founded in the early 1980’s, Katzman founded 2U in 2008, which provides universities custom platforms to offer online courses. Katzman, who is based in New York, also sits on a series of boards, including the director’s board of the National Alliance for Public Charter Schools.

The goal for Noodle Markets is to increase speed and transparency throughout the K-12 purchasing process, said Katzman. The “North Star” he said he is working towards is to replicate the process through which Google and Facebook sell online advertising. In online advertising, a mini-auction occurs in a fraction of a second to determine which third-party company wins ad space each time a website gets a new visitor—all through a process that he said is open and transparent.

“Just because something is fair and competitive doesn’t mean it has to take three months,” said Katzman.

Noodle Markets, which is now up and running, is free for school districts to join. In addition to aggregating Yelp-style reviews of education vendors, the company is working to draft boilerplate RFPs for districts looking to buy certain goods or services. The goal is to allow districts to quickly edit and put together RFPs that keep them in compliance with federal, state, and local regulations.

For smaller purchases that have less red tape involved, Katzman would like other districts to be able to “glom on” to completed auctions that have already taken place in another district, similar to New York state’s system of purchasing cooperatives.

This would allow a district in one part of a state to buy math textbooks at a price quoted to another district in that state, or another state, without having to duplicate the entire purchasing process. One advantage for small districts is that this model allows them to increase their purchasing power; if vendors anticipate they can get multiple sales from one bid, they are likely to drop their price as far as possible.

Katzman recognizes that he has set out on “a heavy lift,” both because of the size of the K-12 purchasing market, as well as the numbers of parties involved.

The problems with K-12 purchasing are “not going to be solved by Thursday,” he said.