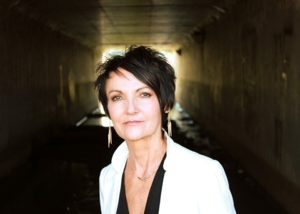 The Education of Melody Schopp

South Dakota Secretary of Education Dr. Melody Schopp began her early years like anyone else: as a student. But unlike most of her friends, she had a genuine love of school. When it was time to pick a career path later in her life, Schopp thought that same love would translate well into being a teacher.

Schopp’s passion for education now encompasses over 40 years of working in classrooms, boardrooms, government, and for the last six years, holding the office of South Dakota’s Secretary of Education, a position she announced that she would retire from this December. It’s a passion that rededicates Schopp each day to ensuring students in the state have solid foundations to become productive, happy members of society.

“I was a good student who liked school, so education made the most sense to me,” Schopp said. “From there, I liked teaching and loved kids. It just made sense to me. It’s a passion of my life at this point in time.”

With the Department of Education’s launch of its new college proactive admissions program, Schopp has added another block in the state’s foundation of committing to educational excellence.

This September, 4,439 South Dakota high school seniors (approximately 55 percent of the state’s senior population) received letters from Schopp, announcing their general acceptance into all six of South Dakota’s public colleges and universities. These students were granted early acceptance based on scoring a three or a four on the Smarter Balanced Assessment in English language arts and mathematics in 11th grade, or scoring an ACT composite score of 18 or higher.

In 2015, the state’s Board of Regents publicly committed to initiatives that would increase the number of students under 35 years old who attend college. Following a study released by Georgetown University in 2015 — which stated that by 2025, two-thirds of all jobs in South Dakota will need a postsecondary degree or certification — the regents set a goal to have 65 percent of the population under 35 years of age receive a postsecondary education. As of 2014, approximately 37 percent of the state’s working- age population had an associate’s degree or higher, according to the American Community Survey.

“We have a lot of kids who would be first generation college-going,” Schopp said. “So we’re opening up the door to say, ‘You can do this based on the test.’ I’m hoping it will allow parents and kids to say, ‘Oh, wow, I didn’t realize my kids or I could do this.’”

Schopp explained that it has been her and South Dakota Gov. Dennis Daugaard’s priority to ensure that every student in the state is both college and career ready. Since Daugaard’s election in 2010, and his formal appointment of Schopp as the secretary of education after taking office, the two have been working in tandem to raise the standard of education to not only ensure that students graduate, but that the students are instilled with the drive to continue learning.

“I think [Schopp] and I share a common belief that we need to help our students better understand the career opportunities that exist in today’s world, and that there are many paths to make themselves ready to be desired by employers,” Daugaard said. “It could be a four-year degree, a two-year degree or a one-year certification, or it could be a high school diploma with some skills gained in high school or an apprenticeship program.”

Early Days on the Job

Schopp first caught the spotlight as an educational innovator in the year 2000, when she wired a phone jack from a janitor’s dial-up modem to her Meadow, South Dakota elementary school classroom, introducing her students to the internet for the first time. At five cents a minute, Schopp exposed her students to a technology that most of her students didn’t have at home yet. After appearing in a 2000 CNN piece about rural schools’ use of the internet and garnering attention from then-South Dakota Gov. Bill Janklow, Schopp joined the South Dakota Department of Education and began working part of the Technology for Teaching and Learning (TTL) initiative, to help implement the use of technology in schools.

After joining the department, Schopp focused her efforts on ensuring that teachers received the proper training and education to benefit students, year after year. In 2003, she helped create a statewide accountability system to review educational procedures; a year later she helped build and implement the state’s K-12 accreditation program, and followed that up in 2005 with the building of the state’s online teacher certification system. In 2007, she helped create and implement the South Dakota Virtual School for students to receive a high school education without being in the classroom.

One of Schopp’s first challenges as secretary of education was implementing Common Core State Standards. Common Core was developed and adopted by a bipartisan coalition of states working through the National Governors Association and Council of Chief State School Officers. The standards faced backlash from teachers unions for increased accountability and from conservatives because the Obama administration encouraged the adoption of the standards. The controversy over the standards has largely diminished, and 42 states officially use the standards with most others using similar standards under a less-politicized name.

“We had the Common Core standards and as controversial as it is, my goal was that we stay the course,” Schopp said. “Any time that you patrol the education field, it’s initiative driven. There’s so many things that come around — I’ve been beat up, but I champion the high standards.”

A “Difficult Time” From the Outset

During Schopp and Daugaard’s first year in their respective positions (2011), budget cuts were the first challenge faced. The federal stimulus package that helped states continue providing services amid economic downturn was out of funding after 2011, leaving South Dakota spending 10 percent more than incoming revenue. Daugaard campaigned on fiscal responsibility, which meant cuts to the education budget.

“She came in at a difficult time, but she understood the necessity of it,” Daugaard said. “She grit her teeth and got the job done.”

While cuts to all departments were needed to maintain a balanced budget, there was still the larger issue of approaching the way teachers were compensated, which was part of a larger South Dakota problem in retaining those teachers. According to the National Center for Educational Statistics, South Dakota had consistently ranked number 51 in the U.S. for teacher pay.

In 2012, as a way to encourage fiscal responsibility and advocate for higher wages, both Schopp and Daugaard, in conjunction with the legislature, led a teaching reform package that tied teacher pay to test results as a way to spend the state’s budget responsibly while achieving results. Schopp said that the reluctance to raise taxes on behalf of the electorate and the legislature is what led to the reform.

Educators across the state were outraged, leading to a public referendum later that year on the reform package. The public overwhelmingly did not support the package, leaving Schopp and Daugaard, as well as the legislature, at a loss, “having alienated the entire education field,” Schopp said.

A Second Chance at Change

According to South Dakota State Senator Deborah Soholt, who chaired the Senate Education Committee from 2012-2015, reforms to education funding as it pertained to teacher pay were still on the mind of the legislature after the initial reform bill in 2012.

“We had been the 51st state for years and years in terms of teacher pay,” Soholt said. “We lulled ourselves into an acceptance of that.”

What ensued after the public rejection of reform in 2012 was a period of humble self-reflection, said Schopp. She knew she had to make amends if there was going to be any progress on education in the future. She called the teacher’s union representatives and asked for a meeting.

“I called them up one day and said ‘can you come into my office we just need to talk,’ and I was candid as can be,” Schopp explained. “I said ‘I care deeply about teachers and kids, and in the next few years, if we’re going to get anything done, I will do everything I can do to repair this relationship. I am going to make sure I reach out to you in every decision that we make in a collaborative way.’ And I asked, ‘how can we make this work?’”

Sure enough, leading up to 2015 Schopp held numerous meetings with the teachers’ union about how to save teachers and bring equity to the system. The result was establishing and leading the Governor’s Blue Ribbon Task Force, comprised of Soholt, the House Chair of Education Jaqueline Sly, Schopp, Daugaard, and various educators across the state. After 18 public hearings calling for opinions on teachers’ salary and school performance, quantitative analysis on school general funds, earmarked dollars, and proposals to amend the property tax code.

Upon reviewing the data and concerns, the only way to equalize funding and increase pay was through a tax increase. After a two-thirds win in the House and the Senate, the state passed a 0.5 percent sales tax increase that paid teachers approximately $8,000 more per year.

“As I talked to other legislators, they always came back thankful [for] my relationship with Dr. Schopp,” Sly said. “Schopp was always willing to sit down and have a conversation. Even if we couldn’t agree, that was all right. We always had the shared interest in providing the best education in South Dakota. Dr. Schopp’s leadership is what has really been the glue that held that plan together.”

Schopp said that of all the bills and initiatives she has worked on during her tenure as secretary of education, the tax increase–coupled with accountability, teacher mentoring, and safeguards in the legislation–was the most emotional.

With proactive admission officially unveiled, Schopp can now add expanding access to her legacy. Still, she says, her job is far from done, though several of her goals will be left to her successor. Yet to be completed is expanding access to counselors to have meaningful conversations about careers, internships opportunities, dual credit courses, as well as reinforcing the foundations: making sure students are learning, and intervening as early as possible in order to ensure they are mastering concepts.

“We set out that we want every kid to be career and college ready, and that’s become common language across the state,” Schopp said. “I really want to make sure that is taken to the next level, that we’re not just talking those words, that we’re implementing them. So I think that the last thing for me to accomplish is that we make sure we’re taking the things that we’ve done, and we just continue to grow and expand.”