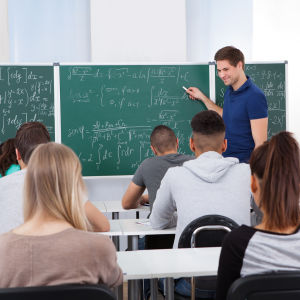 Should back to school demand back to union membership? As the Supreme Court prepares for another term, court watchers have been paying attention to Janus v. American Federation of State, County and Municipal Employees, Council 31, an appeal case from the 7th Circuit. The case addresses very similar issues to the Friedrichs v. California Teachers Association case that split the court last year, when Justice Scalia’s seat was still empty. Both cases ask the court to bar public employees from being required to support unions through “fair share” contributions and have the potential to dramatically shake up unions, including Education Minnesota.

Similar laws exist in Minnesota, where the teacher’s union, Education Minnesota, is taking actions to solidify its membership base in expectation of the court hearing the case. Significant changes to its membership renewal policy have appeared in the fine print on the union’s website. By signing the membership renewal form, teachers authorize their employers to deduct monthly dues directly from their wages indefinitely unless the teacher submits written notification during a specific seven-day window.

“This authorization shall remain in effect and shall be automatically renewed from year to year, irrespective of my membership in the union, unless I revoke it by submitting written notice to both my employer and the local union during the seven-day period that begins on September 24 and ends on September 30,” the form explains. “Such revocation will take effect on October 1 in the year in which I submit the revocation.”

In addition to the auto-enrollment shift, Education Minnesota is also planning to raise annual dues by $14 per year. The average Minnesota teacher pays about $615 in dues. Meanwhile, the union collects around $50 million in revenue each year. These monies help make the union a powerful political force inside the state. Through a PAC formed by the union, Education Minnesota spent more than $3 million on campaign contributions and expenses in 2016.

The change is part of a larger membership campaign which Education Minnesota has dubbed “The Power of We,” which stresses the benefits of union membership for both teachers and districts. The union is also trying to have all members watch a 10-minute video on the “Power of We” before signing their renewal cards.

Education Minnesota is upfront about why it is pushing to raise its membership numbers now.

“It is no longer a matter of if Minnesota becomes a right-to-work state, but when,” the union’s website says. “The ‘Power of We’ drive will show districts, our students and our communities and each other that we are committed to working together to improve public education.”

A drop in membership would weaken the union’s financial resources and political power.

“When even one educator opts out of our union it weakens us all. That means less power, fewer training opportunities and lower wages,” Education Minnesota says.

“The teachers’ union is betting that most teachers will just sign the card without reading it, or understanding what it means—and just keep paying,” said Kim Crockett, Vice President and General Counsel at Center of the American Experiment, a state think tank.

“The problem is that state labor laws favor unions, not employees,” she continued. “For teachers, the ‘opt-out’ is a narrow, 7-day window from September 24 to September 30. Even if you remember, you have to follow very specific steps—and do it again the next year.”

Crockett and others see the auto-enrollment shift as a transparent ploy by the union to retain members and say that the wording could potentially be challenged in court. Education Minnesota’s membership numbers have increased gradually over the course of the last 15 years.