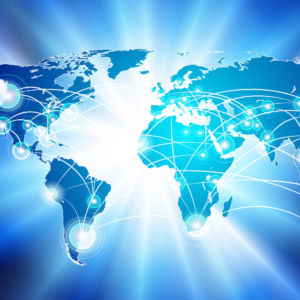 How to Embrace Globalization Without Hurting the Working Class

President-elect Donald Trump built his campaign on protecting American workers against an increasingly global economy, but there may be ways to embrace globalization without hurting the working class.

Businesses and consumers have had increased access to the global economy over the years. New technologies, trade deals, and immigration have eliminated many barriers that once existed in the international markets. The growing global economy, however, has been met with opposition over its impact on certain industries.

“If you look at the most recent election, there’s been a lot of focus on workers in manufacturing and there’s some justification for that,” Cornell University Prof. Eli Friedman told InsideSources. “If you look at workers who have been most affected by the processes of globalization it’s probably been those in manufacturing.”

Trump has been highly critical of trade agreements and immigration because of its impact on domestic workers. Nevertheless, he may have several policy options that will allow him to keep his promise to the working class without preventing the country from benefiting from globalization. One popular solution has been training programs.

“What does go over better is just having federal retraining schemes and making sure those that are clearly going to be impacted by globalization, by losing their jobs, can then be helped into other industries,” University of New Haven Prof. Patrick Gourley told InsideSources. “Those programs right now are pretty small but they can be made bigger.”

Gourley adds that the training programs have had mixed results thus far, but a trial and error process can help policymakers figure out which ideas work best. There is also room to make sure trade deals are more friendly to the working class.

“When we do trade deals the overwhelming focus is on trade, is on intellectual property,” Friedman said. “You can imagine doing trade deals where it was about mutual benefit to both countries and the way that benefit gets defined is that it’s going to improve things for workers.”

Trump promised to renegotiate trade deals so that they do benefit American workers. The North American Free Trade Agreement (NAFTA), for instance, has been denounced by critics for allowing jobs to be more easily outsourced. Gourley notes policymakers should inform workers in at-risk industries and phase in trade deals so there is time for them to adjust.

“I think the biggest thing, as I already mentioned, is just educating people so they know it’s coming and then possibly phasing in trade deals,” Gourley said. “Maybe it would be more useful to have a planned phase-in where you’re lowering tariffs steadily over a number of years.”

Friedman adds protecting workers has become an afterthought for many trade deals as opposed to a primary focus. He notes another thing policymakers could do is help workers in industries that have had stable employment. The manufacturing sector has lost a lot of jobs but other industries like the service sector still have a lot of opportunities.

“Most of the jobs that people have are in the service sector,” Friedman said. “If you really want to have a conversation about helping the working class we should be talking about those jobs, and to be honest, I didn’t really see either candidate talking about it during the election and I think that’s something we should think about.”

Friedman adds that deliberate policies, like increasing the minimum wage, might help in improving those jobs. The Fight for $15 movement was even started by service workers and unions back in 2012. The movement has been at the forefront of the minimum wage debate ever since.

“The obvious thing is to pay them more, it’s not all that complicated as a proposal,” Friedman said. “Getting it through and making sure workers get paid is a lot more difficult.”

Economists have had varying views on whether increasing the minimum wage is more helpful or harmful. The policy does increase wages but may also lead to decreased employment opportunities and increased prices. Friedman notes the debate tends to be driven by ideology.

“Certain camps of economists say this is going to hurt job growth and other economists say no, increases in the minimum wage, that money gets put back into the economy, it creates a positive cycle,” Friedman said. “Everyone has a position on it, and I think it’s usually formed by ideology rather than analysis.”

Friedman adds that service jobs are more difficult to outsource but that there is still a risk of automation. Automation is the process by which employers use robots and computers to complete tasks commonly done by workers. Foreign labor and automation both pose a risk to domestic workers, which means they may need an improved safety net to fall back on.

“The need for a safety net will become much more obvious over the next decade,” Ivey Business School Prof. Niraj Dawar told InsideSources. “Automation and AI will impact the labor force even more than they have in the past decade. Just driverless vehicles could eliminate 5 million jobs.”

Policymakers can also help workers adjust to globalization by making sure domestic employment growth is as robust as possible. The employment rate has been good but there is still a lot of room for improvement. The employment rate, for instance, doesn’t track those that have dropped out of the labor market.

“We should be running full employment policies,” Dean Baker, co-founder of the Center for Economic and Policy Research, told InsideSources. “There’s a big argument on how tight the labor market is and how much tighter it can be. I very much believe we could have a much tighter labor market.”

Trump also put currency manipulation at the forefront during the campaign. China and other countries have been accused of keeping their currency artificially low to boost exports which in turn undermines domestic products. Currency manipulation occurs when a country sells its own money while buying up foreign reserves. It allows countries to peg their currency to a foreign reserve as opposed to letting it fluctuate freely in foreign exchange markets.

“If we did move to address the currency imbalances, that would help reduce the trade deficit,” Baker said. “It’s not going to get back the six million manufacturing jobs we lost in the last fifteen years but maybe it will get us one or two million.”

Trump has also proposed policies that might not be as helpful as some think. He suggested increasing tariffs to discourage companies from outsourcing by making it more expensive to import their products. The policy, however, could yield little benefit while also being harmful by increasing prices and preventing trade.

“You can put a 35 percent tariff on China,” Friedman said. “My guess is it’s not going to save many jobs and probably the damage it would do to our economy and to the Chinese economy would more than cancel out any potential benefit.”

Lawmakers can also go beyond policy in helping the working class transition into the global economy. They can improve their messaging to better explain what about globalization is good. More so, they can be honest with workers about its downsides so they can be better prepared.

“I think we get too focused on factory jobs because people get nostalgic for the 1970s or whatever when a factory job was a ticket to the middle class,” Friedman said. “It would be difficult for a politician to get up there and be honest with people, and the truth is most of those factory jobs are not coming back.”

Friedman adds a lot of those factory jobs aren’t as glamours as they are often portrayed. It’s hard work and often comes with few benefits. While jobs may be lost to globalization the potential benefit is the national workforce transitions into a newer economy, and those lost jobs get replaced with something much better.