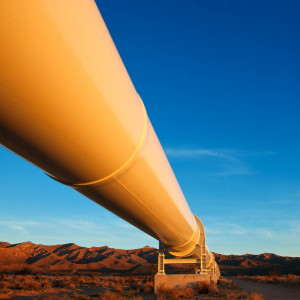 Environmentalists, not regulators, are to blame for delays in pipeline construction. That’s the message Federal Energy Regulatory Commission (FERC) Chairman Neil Chatterjee gave reporters in an event on Thursday. Speaking at an event for members of the natural gas industry, Chatterjee focused on the delays environmental protesters are causing pipeline construction. His remarks were some of the most public statements from the administration that placed the blame for industry delays on environmental activists. Protests have stymied work on pipelines around the country over the course of the last year, a reality that inadvertently has delayed the transition to cleaner energy by hamstringing the transition to natural gas generators.

Chatterjee told the group that in the past resistance to pipeline construction generally came from local groups, including local landowners, and lacked the ideological focus that has become prevalent in more recent protests.

“Now we see well-funded, sophisticated national environmental advocacy organizations who understand how to use all of the levers of federal and state law to frustrate pipeline development,” Chatterjee said. “These groups have good lawyers who can exert pressure on FERC review processes and the legal strategies they employ are clever ones, targeting a variety of avenues including laws such as [the National Environmental Policy Act], [the Endangered Species Act], and the Clean Water Act.”

Chatterjee explained that the threat of future legal challenges caused significant delays in the permitting process, as FERC is forced to devote resources to responding to arguments and bolstering pipeline approvals against future challenges. Over the summer, the DC Circuit Court threw out FERC’s approval of the Southeast Market Pipelines Project in Florida after the Sierra Club sued, arguing that FERC had not considered the climate impact of burning the gas.

Chatterjee’s remarks highlight the strange new normal that has settled over energy infrastructure in the past year. Environmental activists are increasingly attempting to use the regulatory process to delay pipeline construction and increase the costs. Already, Chatterjee says that the pipeline permitting process can take two years.

The Atlantic Coast Pipeline and the Mountain Valley pipelines were approved by FERC in November, after a lengthy application process. These delays are rarely enough to completely halt the construction of a pipeline, though some industry figures say that they make the application process less sensitive to economic pressures and may result in overbuilding.

“Overbuilding puts ratepayers at risk of paying for excess capacity, landowners at risk of sacrificing property to unnecessary projects, and investors at risk of loss if shipping contracts are not renewed and pipelines are underused,” write Cathy Kunkel and Tom Sanzillo, in a report for the Institute for Energy Economics and Financial Analysis.

“The Federal Energy Regulatory Commission facilitates overbuilding. The high rates of return on equity that FERC grants to pipeline companies (allowable rates of up to 14%), along with the lack of a comprehensive planning process for natural gas infrastructure, attracts more capital into pipeline development than is necessary,” they wrote.

At present, the economic need for new pipelines is increasingly lost in a battle over their environmental impact. In challenging FERC’s approvals, environmental groups have demonstrated that there are different ways of viewing the commission’s purpose. Chatterjee, like fellow Trump-appointee Robert Patterson, generally sees FERC’s role as a regulatory body that reviews and regulates proposed pipelines with the end goal of allowing them to reach approval, though perhaps after a series of revisions to the original plan are made. Environmentalists, however, are trying to use FERC to stop pipeline construction and have criticized the group for rubber-stamping new pipelines.

In an attempt to stop construction, some of these groups have even taken to suing FERC, arguing that environmental concerns are not being properly addressed. Over the summer, the Sierra Club and several other environmental groups won a victory over FERC in DC Circuit court, which forced FERC to more fully consider the environmental impact that burning more natural gas would have.

“For other pipelines pending at FERC, if their applications have not included any kind of quantification of the downstream greenhouse gas impacts, it’s very likely FERC will go back and ask them to do that,” says former FERC attorney Fred Jauss. “The net result is going to add some additional time onto the existing permitting process. How much time that is, it’s really unclear.”

As a result, the permitting process itself has slowed down dramatically. Even last year, natural gas industry leaders predicted that the approval process would take about a year. At the federal level, two-year-long approval processes are increasingly common. This year, the lack of a FERC quorum halted the approval process until late in the spring, which hampered progress on six major pipeline projects.

These delays may demonstrate the impact of the Keep It in the Ground movement, an environmental protest movement supported by Greenpeace and 350.org, among other groups, that seeks to block fossil fuel drilling, transmission, and use. This campaign argues for a complete halt on new fossil fuel development of all kinds, making no distinction between coal and natural gas.

These protests have an unintended side effects and may in fact be hampering America’s transition towards cleaner energy. According to statistics from the Department of Energy, carbon emissions related to power generation fell by 12 percent between 2005 and 2015, even as the economy grew by 15 percent. The report credits the transition from coal fired power plants to natural gas with contributing to this emissions decrease. Between 2008 and 2012 alone, U.S. coal consumption decreased by 50 million tons each year. Natural gas emits fewer than half of the carbon dioxide emissions of coal.

To have natural gas plants, requires supplies of natural gas and the pipelines to carry them. Oddly enough, one thing standing in the way of cleaner energy appears to be green groups.