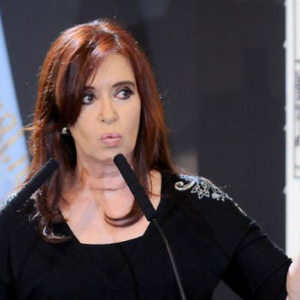 Legal scholars agree that the U.S. Supreme Court is now less likely to take up the so-called “debt trial of the century” following the disclosure that Cleary Gottlieb, the firm representing Argentina, authored a memo advising its client that its best course of action may be to evade the Court’s ruling if it is unfavorable.

Now, a report last Wednesday from the Spanish-language El Cronista cites “official and market sources” that have revealed Argentina is studying payment of the debt in Buenos Aires, thus stepping outside of the New York jurisdiction. Markets have already reacted to the news, with a surging price for credit-default swaps on Argentine debt.

The Supreme Court only hears 70 cases per term, explains Richard Samp of the Washington Legal Foundation. If the Cleary memo is seen by the Justices, it raises doubts about whether their ruling would be followed and thus makes it less likely that the certiorari petition will be granted.

Argentina Has Yet To Pay Up After Prior Supreme Court Ruling

Some suggest Argentina is merely evaluating all options as it looks to Buenos Aires. But weighing heavily on the Justices’ minds will be another case they decided earlier this year involving Argentina. In that case, the Supreme Court ruled that an arbitral tribunal had jurisdiction in a dispute between Argentina and British Gas, which stemmed from the country instituting a gas price freeze. This decision put a lower court’s ruling back into effect, and with interest, Argentina owes British Gas approximately $244 million.

Those familiar with the British Gas case say Argentina has no chance of changing the outcome, but the country remains litigious and is still fighting the ruling. Alex Yanos, a partner at Freshfields, the firm representing British Gas, confirmed that Argentina has refused to make payment.

Last October, Argentina did settle five outstanding awards that were no longer subject to appeal, but in those cases the country only paid a real value of approximately 65 cents on the dollar.

Eroding Credibility Before The Court

The memo and the El Cronista report directly contradict a cert petition that Argentina’s lawyers filed with the court. The Counsel of Record for Argentina, Paul Clement, did not respond to a request for comment on whether he stood behind the petition’s claim that Argentina would abide by the injunctions to pay its holdout bondholders. Attorneys from Cleary Gottlieb declined comment for this story citing the pending litigation.

Clement did not sign the memo from Cleary Gottlieb, but his advice is cited several times. He has advised Argentina that the country must avoid any of its negotiations with creditors being made public for fear the Court sees another possible solution. According to the memo:

As far as the litigation strategy, Paul Clement has suggested that if the Court in any way suspects that the pari passu problem could be easily remediated through a creditor solution, it’s possible that the Court would refuse to take the case. For that reason, the Republic must be extremely about not giving the public impression that it is working on a solution between creditors before the Court resolves the cert petition.

It’s unclear whether Clement was aware of all its recommendations before the memo became public or whether he was aware of Argentina’s study of Buenos Aires, but some sources suggest these factors could be damaging to his credibility before the Court.

If the Supreme Court chooses not to hear the case, then the ruling of District Judge Thomas Griesa will stand, meaning that Argentina would need to pay the holdout bondholders to the extent that they pay the bondholders who were complicit in Argentina’s restructuring plan. If Argentina were allowed to move beyond the reach of U.S. courts and default on the debt, as the Cleary memo discusses, that could be a “death knell of standard contractual provisions that have been in place for decades,” says Macey.  The Cleary advice is difficult to understand in light of the underlying agreement, because it does not seem likely at all that a New York court would allow its jurisdiction to be evaded so easily.  More than anything, the Cleary memo, which suggests relocating the flow of Argentine funds from New York back to Argentina provides the strongest possible justification for the District Court’s ruling that the holdout bondholders be given the power to subpoena Argentina’s banks for information about Argentina’s assets world-wide.

As Macey explains, the loan document itself is designed to prevent the precise behavior suggested in the Cleary memo. The original loan agreement was written so that disputes would be adjudicated in New York, under New York Law, a standard term for many financial contracts worldwide. Corporations can move around the world, but doing so generally does not enable them to jettison the underlying contractual agreements that they have made. If a contract is issued under New York law, then it must be interpreted under that law.

When Argentina issued this new debt, its ability to meet its obligations was very much in doubt. For this reason, the country wrote its debt under New York law in the jurisdiction of New York courts in order to assure creditors that it could not arbitrarily choose who to pay and how much.

If Argentina unilaterally rewrites a contract by stepping outside the reach of U.S. courts, that could have broad implications well beyond this case. Other countries issuing debt under the laws of New York could also reissue debt beyond New York’s jurisdiction to receive a more favorable interpretation of the debt contract.

This would be disastrous for international finance and the holders of sovereign debt. Investors would be left with little confidence in the market and the rule of law.