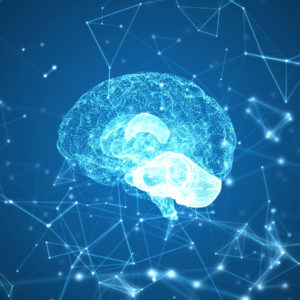 Examining the (Lack of) Evidence for Learning Styles

Has an educator ever asked you or your child if he or she is an auditory learner, or a visual learner, or someone who learns best by reading? While much of the public and many educators believe that some students learn best in one way or another, experts say that the highest quality research consistently shows no evidence to support the concept of “learning styles.”

Mark McDaniel is a professor of psychology and brain science at Washington University in St. Louis. A longtime learning science researcher, McDaniel co-authored a 2008 literature review of published findings from controlled trials to cast doubt on the idea that teachers should attempt to reach students based on their preferred mode of learning. He also co-wrote a book for a more general audience, called “Make it Stick,” on the subject of best learning practices. In the 9 years since he published the study, McDaniel told InsideSources, not much has changed in the study of learning styles, besides the publications of other studies that have confirmed his analysis.

“The main result is that one instructional result tends to be better for all students than another, it’s a main effect,” said McDaniel.

In other words, the main variable that educators should be looking at when trying to decide whether to teach through charts, or by the Socratic method, or by studying texts–is the actual subject itself. It stands to reason, indicated McDaniel, that a complex chemistry lesson is likely best understood through three dimensional models, while the study of Shakespeare’s iambic pentameter calls for reading the works aloud.

“What is somewhat concerning is that there is this acceptance of the idea–despite no evidence–that we need to match the instruction to learning styles,” he said.

While McDaniel does not know for sure why the education community is so stubbornly wedded to the concept, he does have a few theories. For one, there is a wealth of less-rigorous studies that purport to show evidence of learning styles, but when drilling down, he has found that few of these reports use randomized controlled experiments. McDaniel also said that there is an entire industry of educational companies that train teachers to classify students by their preferred learning styles and then to tailor different lessons to them. If a school system has paid for one of these consultants, there might be pressure from administrators to use the unsupported methodology, he reasoned.

Finally, McDaniel allowed that there could be simple miscommunication at play between the research community and educators. Teachers often report that each of their students is different, and those anecdotal experiences could push them to seek out differentiated instructional tools for their students. McDaniel cautions, however, that targeting students selectively based on, for example, differences in cognitive abilities, is not the same as divvying up a class based on learning preferences. In fact, much of his current research is focused on how to customize learning based on a student’s learning attributes.

For example, McDaniel and some of the colleagues he works with, have found that when presented with new information, some students are more inclined to memorize examples given to them by an instructor, while others are more disposed to higher-order thought that allows them to see the underpinning abstract ideas that govern the examples. While both types of cognitive thinking have their useful applications, by and large, in a university setting, the capability to create coherent abstracted mental frameworks typically leads to higher test scores, he said.

Therefore, based on a new study he helped conduct earlier this year, McDaniel argued that educators would likely find it more efficacious to identify students “oriented to exemplar representation” and prod them to think more deeply about the principles underlying what they are studying. Such an approach is not only more firmly backed in research, but would also likely give a school system or university a higher return on investment and better outcomes for students.

There are two final caveats that McDaniel stresses. Firstly, the learning styles conversation is predicated on the assumption that the students being discussed are all “normal learners.” In other words, there are a variety of learning disabilities that could skew a student’s ability to learn in one way or another that fall outside the purview of his research. Secondly, just because there is currently no high quality evidence to support the learning styles theory, does not mean that some couldn’t emerge further down the line. McDaniel didn’t preclude the possibility that researchers may find support for learning styles, but for now, he hasn’t seen any.

Correction: An earlier version of this story said that McDaniel’s 2008 study included original controlled experiments. That study was actually a literature review of relevant controlled trails produced by other researchers.