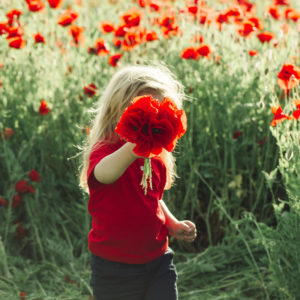 “Redshirting” is a term normally associated with collegiate sports. During a redshirt year, top college athletes are held out of competition to give them more time to develop. In these cases the student athlete will typically graduate in five years, while participating in sanctioned competitions against other schools only for the last four. The point of the redshirt year is to give the athlete extra time to mature mentally and physically—hopefully giving them an edge over their peers.

A similar trend has emerged for students far younger than those playing football on television on Saturdays. Every year, parents of five-year-olds born in late summer toy with making a similar decision. Some, worried that their children will be the youngest in their incoming Kindergarten class, will keep them in preschool for an additional year and allow them to develop physically and emotionally before entering grade school.

As with athletics, the idea is that if a student enters school when they are older, they will preform better on placement tests, and will be assigned to a more rigorous track with better teachers. The experts tasked with analyzing the practice, however, are skeptical that redshirting a student can make a big difference in academic outcomes.

“In general, the research is not nearly as conclusive as the common perception about it is,” said Michael Hansen, the director of the Brown Center on Education Policy at the Brookings Institution, in a telephone interview. Hansen wrote an op-ed last year that explained the factors at play when it comes to redshirting a child for academic reasons.

While it is true that older students tend to perform better on tests early on, according to Hansen, in most cases the effect fades over time. So by the time a student that has been redshirted is applying to colleges, for example, the difference in test scores is not likely to be the deciding factor in admissions decisions, he said.

“I don’t feel like there is strong evidence that would suggest that there is going to be an academic gain by holding your kid back,” said Hansen. “Perhaps there might be other benefits that you could enjoy, but academically, I don’t think you’re going to be going to Harvard versus having some middling career—I don’t see this as a huge make or break thing.”

Furthermore, Hansen pointed out that redshirting a student can have negative long-term consequences that parents are not always attuned to. Pointing to an analysis that appeared in EdNext, Hansen noted that holding a student back could increase the likelihood that they aren’t challenged appropriately in class and end up being bored or acting out. He also pointed to slightly higher rates of high school dropouts among older students. Other researchers have argued that children who are redshirted spend less time in the labor force, and therefore are more likely to retire with less money.

On the other hand, a study from earlier this month showed more positive staying power for the redshirting effect than other previous studies. Another researcher has shown that students and families who have made the redshirting decision tend to be happy with the choice when reviewing it in retrospect. And Hansen himself also acknowledged that his skepticism of the practice is informed by his general review of the relevant studies. In some case by case situations, a parent may have good specific reasons for wanting to redshirt a child, he implied.

The EdNext analysis of the trend did highlight some interesting demographic trends related to redshirting that are worth highlighting. The families who redshirt their children tend to be disproportionately whiter, better educated, and wealthier than the average. This is likely related to the cost of an extra year of child care on the front end of the decision.

In addition, the analysis showed that boys are slightly more likely to be redshirted than girls. Hansen speculated that this could be because boys generally develop cognitively and behaviorally more slowly than girls, which could lead parents to worry that their sons need the extra time before entering the K-12 system. Overall, in 2010, an estimated 6.2 percent of all parents decided to hold their children back an extra year, suggesting that hundreds of thousands could be affected by these redshirting decisions annually.