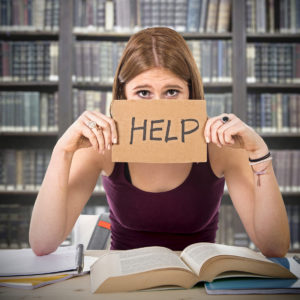 Top education committee leaders from both parties in both houses of Congress called on the Secretary of Education to explain why a critical tool used by students to apply for federal higher education aid was taken out of service without notice.

The Free Application for Federal Student Aid (or FAFSA) is filed every year by students seeking loans or grants to help pay for their education. Because the benefits distributed by the government vary by family income-levels, tax return information is required to complete the form.

In an effort to streamline access to federal higher education benefits, the Department of Education and the Internal Revenue Service (IRS) had partnered to create a “Data Retrieval Tool” that would allow tax information from the IRS to be automatically transferred into the education department’s FAFSA form. Millions of students use the Data Retrieval Tool every year.

Earlier this month, in the middle of FAFSA filing season, the Data Retrieval Tool, went dark without warning. A week later, after pressure began to mount for an explanation, the education department and the IRS issued a joint statement explaining that the tool was pulled for identity protection reasons. The agencies said that the tool, which is hosted by the IRS, would be down for “several weeks.” More recent reports suggest that officials have opened criminal investigations into misuse of the tool.

While an inability to access the Data Retrieval Tool does not bar students from accessing federal aid, it can make the process more difficult for some students. Without the tool, families must either have their 2015 tax-returns on hand, or they must to formally request a copy of their tax transcripts—a process that can take up to ten days for some. States like Texas and Indiana delayed their FAFSA priority deadlines in response to the Data Retrieval Tool outage.

On Thursday, in a show of bipartisan concern, the Chairs and Ranking Members of the education committees in both the House and Senate issued a formal letter to the Department of Education seeking an explanatory briefing by Friday, March 24th.

After writing that they “appreciate” the first steps taken by the agencies to address the issue, the lawmakers wrote:

“We would like to hear about the timeline of events from the start of the outage to an estimated reinstatement date; steps the Department is taking to remedy the situation for students, borrowers and parents; and the actions the Department will take to protect applicants’ data privacy and security during and after this outage.”

Lawmakers from House and Senate oversight committees also sent letters to the education department and the IRS noting that their committees are supposed to be notified within seven days of a major data breach. Those committees have also called for answers and documents explaining what happened to the tool.

The complexity of the student aid process in general, and the FAFSA form in particular, has been a bipartisan concern in recent years. Washington inertia has prevented passage of a reauthorization of the Higher Education Act, which was originally set to expire in 2013. There are proposed reforms to the law that both parties appear to agree on, though a packed legislative agenda, and disputes over regulations of for-profit colleges could derail reauthorization efforts in this Congress.

The powerful Chairman of the Senate education committee, Lamar Alexander, R-Tenn., is among those who have called for a radically-simplified FAFSA form. Until the problems at the IRS and Department of Education are resolved, however, the process families will go through to apply for aid for the upcoming year will be more complex than it was in years prior.