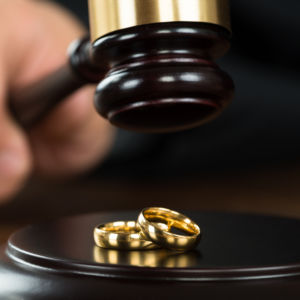 Millions of children are raised in the United States in single parent sole-custody living arrangements. A tweak to family law that would open the door to more shared parenting arrangements would significantly improve outcomes in American schools and quality of life in society generally, according to an advocacy group active in the policy area.

Ned Holstein is the founder and chair of the board of the National Parents Organization, a group that is pushing state lawmakers and the courts to consider the benefits of promoting shared parenting between estranged biological parents. Holstein, who spoke with InsideSources by telephone, previously was appointed by the Governor Deval Patrick to serve on a family law working group in Massachusetts.

“We now have over 50 studies—peer reviewed, of sufficient size, with good experimental design—that show that children of shared parenting do better than children raised predominantly by a single parent, and all sorts of measures have been used,” said Holstein, who defines “shared parenting” as arrangements in which each parent has custody of their child at least 35 percent of the time—in contrast to standard arrangements which give sole custody to one parent and sporadic visiting rights to the other. He said that the benefits of shared parenting are seen both in objective outcomes, (such as test scores, drug use rates, and graduation rates), as well as in more subjective measurements, (such as self-reported happiness surveys and behavioral observations).

The problem, according to Holstein, is that most current family law policy dates back decades to a time when cultural expectations and prevailing developmental psychology theory were in a different space. Today, now that both men and women are likely to work and split childcare duties, many of the rationales that awarded sole custody to mothers are out of date, he said. Furthermore, he argued that the psychoanalytic theory of the time, which argued that children should have one main stable living space, was not put to empirical scrutiny at first. The latest research shows a clear correlation between shared parenting and healthier, happier children, he said.

As anyone who works with social science research knows, however, correlation does not automatically imply causation. In other words, Holstein acknowledges that there is “room for doubt” as to whether shared parenting causes beneficial outcomes for children, or if there are additional factors that play into the findings.

However, “what we see is poor outcomes on so many measures that it then becomes plausible that there is a unified theory, that is due to a single factor, and that would be a lack of a relationship with one parent… So you go down the list and causality is strongly implied,” said Holstein.

Furthermore, Holstein is not alone in being sufficiently confident that there is a causal link to call for a change to family law policy. He estimates that about 5 states have already changed their laws to emphasize shared parenting, and many more are currently weighing legislative changes.

The problem, he said, is that there are powerful interest groups aligned against family law reform in this area. On the one hand is the leadership in women’s groups, who risk to lose the upper hand women currently have in custody battles in most states for their members. On the other, said Holstein, are the bar associations that represent lawyers. If the norm in divorce proceedings is shared parenting, he estimates that far fewer cases would go to court, and many lawyers would risk losing a big chunk of their business.

“A middle class custody battle can earn a suburban lawyer 30 or 40 thousand bucks easy—sometimes 50 or 60 thousand. So divorces and custody battles are part of the bread and butter of an ordinary lawyer’s business. I’m not talking about a downtown white shoe lawyer, but most lawyers are in small practices with one, two, or three lawyers in the suburbs,” he said.

For their part, some critics of the proposed policy change have argued that the current system in place gives judges maximum discretion over where to place a child. They argue that shared parenting mandates could result in more children spending more time in abusive households.

Holstein said he understands this worry, and agrees that in exceptional cases single parenting can be the best option. The legislation his group supports would continue to empower judges to act in the best interest of children—he simply believes that the evidence suggests that those best interests usually involve both parents having an active role in a child’s life. And the benefits, if policy is changed in this area could be far reaching. Estimates suggest that tens of millions of children in the United States would ultimately be affected.

After decades of reform efforts in education, “the traditional answers haven’t worked” said Holstein. “What the National Parents Organization is trying to say to the world is that we have a tool, and there is strong reason to believe it will help children educationally as well as otherwise. And it’s free to the taxpayer. It doesn’t cost any money. All it takes is for the law to be changed slightly.”