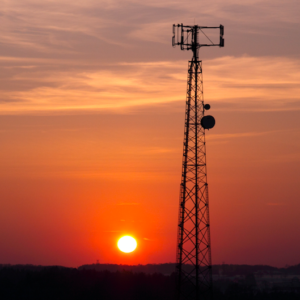 The Government Accountability Office (GAO) released a report finding that the Federal Communications Commission’s (FCC) data on broadband deployment to tribal lands is “overstated,” and does “not accurately or completely capture broadband access on tribal lands.”

“[The] FCC considers broadband to be ‘available’ for an entire census block if the provider could serve at least one location in the census block,” the report reads. “This leads to overstatements of service for specific locations like tribal lands. FCC, tribal stakeholders, and providers have noted that this approach leads to overstatements of broadband availability. Because FCC uses these data to measure broadband access, it also overstates broadband access — the ability to obtain service — on tribal lands.”

“Tribal lands are the canary in the coal mine — they are in essence the exemplar of what’s been happening all across rural America, but it’s much worse in these spaces,” Sascha Meinrath, the Palmer Chair in Telecommunications for Pennsylvania State University, told InsideSources in an interview.

As a member of the American Indian Policy Institute’s advisory board, he said broadband access in tribal lands — like all rural areas — is a “long-standing problem.” He said the GAO’s report “parallels almost entirely” a 2009 report he contributed to regarding internet and technology use in tribal lands.

The 2009 report, put together by Native Public Media, and the GAO report both found that Native American communities are underserved and pay much more for broadband than non-tribal areas.

Both reports also found that the FCC “does not have a formal process to obtain tribal input on the accuracy of provider-submitted broadband data.”

While the 2009 Native Public Media report found that Native Americans are charged more for broadband than the national average and a “substantial lack” of internet service providers (ISPs) serving tribal lands, the 2018 GAO report found that the FCC has been tracking broadband access in these areas inaccurately.

The fact that the FCC has “noted that this approach leads to overstatements of broadband availability” is particularly damning, according to Meinrath.

“In essence not only have you had no meaningful forward progress, but a refusal to actually document the problem,” Meinrath said. “This isn’t accidental. This is active policymaking by the FCC to discriminate further against communities that have already been severely disadvantaged throughout their history.”

According to the GAO report, “[The] FCC does not collect information on several factors — such as affordability, quality, and denials of service — that FCC and tribal stakeholders stated can affect the extent to which Americans living on tribal lands can access broadband services.”

The FCC did not respond to InsideSources’ request for comment, but when senators questioned FCC Chairman Ajit Pai about the “flawed” FCC map of the state of broadband access, Pai blamed the map’s inaccuracy on the Obama administration’s FCC and did not explain what the FCC plans to do to remedy the inaccuracies.

The deck is stacked against Native Americans because ISPs are disincentivized from offering affordable, high-speed internet access in rural areas with rocky typology and weak population density. Furthermore, tribal lands struggle to get federal funds for broadband.

As a result, tribal lands usually have only one or no ISPs, and many communities go without coverage because they can’t afford it. According to the GAO report, one tribe’s going rate was $130 per month, which is 1.5 times the national average.

“The criteria [for federal funding] is written for business models that don’t apply to tribal communities,” Meinrath said. “They’re written under this rubric of anchored institutions that originally excluded a lot of tribal institutions.”

The GAO report did note that the FCC, being aware of the problem, undertook a “special one-time data collection” in 2017 to “to measure [providers’] coverage based on a common set of standards, in order to better identify unserved areas that would be presumptively eligible for funding.”

Still, the GAO recommended the FCC develop an accurate data-gathering method and a formal process for garnering tribal input on the accuracy of the reported data.

The economic implications of ignoring the issue are devastating: high-speed internet access has become necessary for business, education, health and public safety, and experts estimate communities lose billions of dollars in economic benefits.

“It’s an absolute travesty that we’re ten years (and two administrations) later and the exact same problem is still so prominent,” Meinrath told InsideSources in an email.