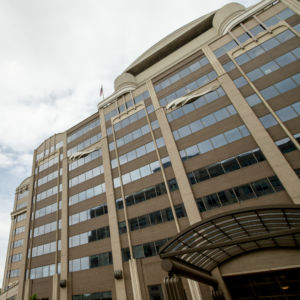 The Federal Communications Commission on Thursday released the first draft of its new Republican majority’s plan to undo Obama-era net neutrality rules, the text of which spells an uncertain future for core net neutrality principles against blocking, throttling, or prioritizing content.

During a Wednesday speech FCC Chairman Ajit Pai laid out the major tenets of his plan — reverse the reclassification of broadband internet service as a heavily regulated public utility and do away with the 2015 Open Internet Order’s “internet conduct standard.”

The consequences of those actions are immediately obvious. The first would return oversight of internet service providers (ISPs) like Comcast, AT&T, and Verizon to the Federal Trade Commission’s lighter regulatory approach, which typically takes enforcement action against companies after they’ve demonstrated significant harm to consumers. The second would remove free range power the FCC gave itself to police any practice of an ISP the FCC deems harmful to consumers (the previous administration used this authority to go after selective free data offers by AT&T and Verizon, a practice known as zero-rating, which the agency said amounted to price discrimination against certain online video providers).

Less certain — and Pai said as much — was the future of the bright-line net neutrality rules that bar ISPs from manipulating or controlling the flow of web traffic in any way. According to Thursday’s order, the FCC intends to “seek comment on whether we should keep, modify, or eliminate the bright line and transparency rules.”

“At the outset of our review of the commission’s existing rules, we seek comment on whether ex ante [preemptive] regulatory intervention in the market is necessary in the broadband context,” the notice of proposed rulemaking (NPRM) reads.

The NPRM asks a number of questions including whether existing regulations against anticompetitive practices like collusion or vertical integration negate the need for the bright-line net neutrality rules, whether the rules hinder investment and network growth, and whether they should be scaled based on the size of the ISP to give small providers with limited bandwidth more freedom to manage their networks without fear of potentially costly regulation.

While the future of core net neutrality rules remains uncertain, officials did say the FCC intends to enforce the current rules until they’re changed. FCC staff also said the FCC is not proposing ISPs voluntarily pledge to comply with net neutrality principles in their user service agreements, as was reported in April (though a line asking about the viability of “expectations regarding industry self-governance” does appear in the NPRM).

If there are bright-line rules, officials said, the FCC will still enforce them, while the FTC will oversee areas like data privacy and billing. Staffers added they were confident the FTC’s “significant authority” over anticompetitive and deceptive practices can protect the open internet, just as it had from the Clinton to the Obama administrations.

Pai’s NPRM was placed on the commission’s May 18 agenda for a vote, and the FCC will issue guidance on how to file comments by close of business Thursday. In response to the four million comments on the last net neutrality proceeding, the agency has updated its comment filing system to handle additional traffic, but warned it could still crash if too many users attempt to file comments at once. The system has also been the target of malicious traffic in the past, according to one official.

The FCC won’t be basing its decision on the number of comments filed for or against the plan, senior FCC staff said, but whether their arguments and data are factual and have sound legal backing.

“It’s not a counting procedure where you decide which side placed more comments in the record and that side wins,” a senior staff member said. “That is not the way the Administrative Procedure Act works.”

Of the court challenge that is sure to follow the proposal, officials countered arguments by Democrats yesterday that to comply with the law, the FCC will have to make the case that the market has changed since the last net neutrality rules were passed.

“The D.C. Circuit specifically said that the FCC’s determination [to reclassify ISPs] was based on policy grounds, not on changed factual circumstances since 2005,” a senior FCC official said, referring to the court ruling that upheld the Open Internet Order last year. “So there’s no need for us to show that there are any changed factual circumstances since 2015 in order to make a change here.”

Officials added the Supreme Court upheld the classification of ISPs as FTC-regulated information services in 2005.

In line with other recent changes to the FCC by Chairman Pai, the NPRM will undergo an economic analysis to determine its effect on the broadband market, and the full text of the docket will be made available to the public before any potential vote.