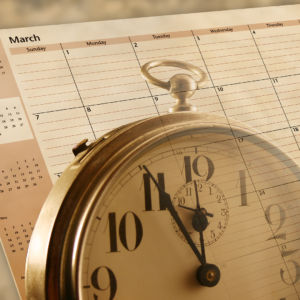 The federal government released a report after a several year lapse Thursday which highlighted how much taxpayers are paying government workers to do union tasks.

Federal employees are allowed to do certain union activities instead of their regularly assigned work because of a policy known as official time. The workers retain their title, salary, and benefits while doing the union tasks. Official time is not a well known policy despite its costs and the fierce debate it has prompted between supporters and critics.

The Office of Personnel Management (OPM) issued the report which looked at official time usage across the federal government in 2016. The report estimated that the total taxpayer-funded costs for official time hours hit $174.8 million. Official time is also estimated to have totaled 3,611,112 hours during that time.

“The data shows that Taxpayer Funded Union Time is at a steady increase,” OPM Director Jeff T.H. Pon said in a statement. “This Administration is passionate about protecting hardworking Americans and the use of their tax dollars. OPM will continue exploring opportunities to identify useful practices for monitoring and reporting on the use of official time and sharing these practices with agencies across the government to assist agencies in strengthening internal controls and increasing transparency, accountability, and accuracy.”

“Right now it is the law that unions officials, people working on union business, who are government employees, can collect their taxpayer salaries in order to do union work rather than public work,” Michael Watson, the research director for the conservative Capital Research Center, told InsideSources. “And this new report from the Office of Personnel Management lays out the damage to taxpayers.”

Those opposed to the policy have denounced it as a waste of taxpayer dollars that is only intended to benefit unions. They argue that the policy diverts resources and personnel away from the public works they’re intended for. Some critics have suggested reforms to make the practice more transparent – while others have urged it to be scrapped altogether.

“My advice to Congress would be to get rid of official time,” Competitive Enterprise Institute labor policy expert Trey Kovacs told InsideSources. “It’s a waste of taxpayer dollars. Federal officials are hired to fulfill the mission of the agency, not perform whatever union business it is that they’re doing. I think there is a reasonable way to get rid of official time and eliminate the reason why a union says they need official time.”

“These legal provisions have produced an efficient and effective mechanism for the fulfillment of the duty of fair representation,” American Federation of Government Employees President J. David Cox previously said. “Federal employees agree to serve as volunteer employee representatives, and agencies allow them to use a reasonable amount of official time to engage in representational activities while on duty status.”

Labor unions argue that official time is needed to fulfill their duties since they can’t collect mandatory payments from federal workers. Unions have to represent every employee once they become the exclusive representive for a workplace whether they pay or not. Kovacs counters that unions put that burden on themselves by pursuing that type of representation.

Unions almost always decide to become the exclusive representative when they organize a workplace. This means that union becomes the sole entity that can represent the workers. Even individual workers have to work through the union when they have a grievance. Watson argues that monopoly representation is a benefit to the unions in itself.

Kovacs notes there is a middle ground if lawmakers decide not to scrap official time outright. He points to a bill that would reform the practice significantly without getting rid of it. Republican Rep. Dennis Ross introduced the legislation with the intent of making official time more transparent.

“There is no legal requirement that OPM produce this,” Kovacs said. “And as we saw in the Obama administration, they wouldn’t produce this annually. The last report for official time in the federal government was from fiscal year 2014 and we’re a couple years past that. So Dennis Ross’ bill would require OPM to issue this kind of report every year, and expand on what is included in the report.”

The bill would also require federal agencies to get into more detail when tracking official time usage. They will have to monitor specific types of activities for which official time was granted, and the impact it had on agency operations. Kovacs notes the bill would help taxpayers better understand how the practice diverts their dollars.

“I think people, taxpayers, in particular, would be surprised that official time currently you’re allowed to lobby Congress,” Kovacs said. “So I think people would be surprised and interested to see how much time is spent on these political activities. And I think they’d be interested to see how many people through the federal government never do any federal or public work, and spend a hundred percent of their time doing union business.”

“It’s a reasonable question to ask honestly what the unions are even negotiating,” Watson said. “When the unions say this is necessary to keep employee morale up, not really, the existing civil service protections law is doing most of the work.”

The Department of Veterans Affairs (VA) has faced backlash in recent years over questionable treatment practices. The agency subjected veterans to incredibly long wait times which left numerous veterans dead. The scandal sparked a national outcry when it first broke in 2014.