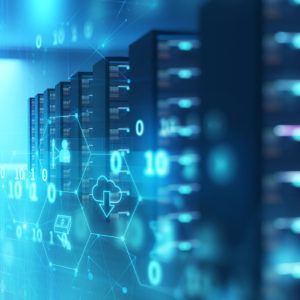 As states and the federal government continue to spar over regulating financial technology (fintech) companies, the fintech firms and community banks involved in a new fintech accelerator say they just want a level playing field — and the best way to do that might be through the federal government, not the states.

The accelerator, hosted by the Independent Community Bankers of America (ICBA), announced its fintech finalists a few weeks ago, and now those fintech companies are joining community banks for a 12-week bootcamp to brainstorm ways for fintechs and banks to work together on various issues like innovation, the consumer experience, and cybersecurity.

“I have no problem with a fintech coming into the space, I’m just interested in them following the same rules as the banks,” he told InsideSources.

Some experts and analysts see fintech companies as huge disruptors in the banking and financial industries, posing competition to traditional banks, but Tweddle doesn’t see it that way.

“I think the vast majority [of fintechs] are looking to partner with banks,” Tweddle said. “Fintechs do a great job at innovating. They’re using modern infrastructure and are really good at developing products, they have an innovative mindset.”

But, Tweddle said, fintech companies don’t understand the banking and financial industries very well — the recent flub from fintech company Robinhood being a prime example. Robinhood announced a plan to accept deposits from consumers and offer savings and checking accounts at an extremely high 3 percent interest rate, then backtracked the plan after the Federal Deposit Insurance Corporation (FDIC), the Securities Investor Protection Corporation (SIPC) and the Securities and Exchange Commission (SEC) revealed Robinhood did not contact them or meet the necessary regulatory requirements before making the announcement.

Thus, fintech companies and banks could work together to improve the industry as a whole.

“The banks have customers, a strong understanding of banking and the reg requirements, but they don’t do a good job at innovating or the resources to spend on that,” Tweddle said. “So it’s perfectly lined up to partner on that, and be a win-win for both parties.”

Several of them, for example, offer encryption services or software platforms for banks to better serve customers. Most of them aren’t planning to take deposits and compete with traditional banks.

Chris Cole, policy counsel for the ICBA, said the ICBA believes fintech companies interested in taking deposits should submit applications with the FDIC to get insurance and then with the OCC to get a national banking charter. That way, deposit-taking fintech companies and traditional banks are regulated by the same rules and principles.

Furthermore, he said, fintech companies shouldn’t try to get charters to be industrial loan companies (ILCs), because then they won’t be regulated on the same plane as traditional banks.

“If they want to get into the business of banking, they need to be both a deposit taker and a lender, not just a lender,” Cole told InsideSources. “Some fintech companies like Square and SoFi tried to get into banking that way. The reason they want to do it that way is they can avoid the bank holding restrictions and hold commercial interests outside of banking. When you own a bank, you can’t own anything else unrelated to banking. So like, Walmart can’t hold a bank. The activities at the holding/ownership level have to be related to banking. If you use an ILC charter, you can do that.”