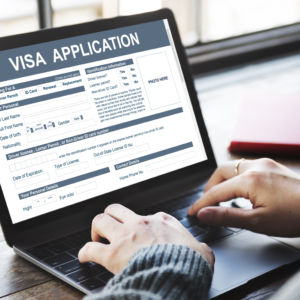 As Donald Trump prepares to reform what he says is a broken immigration system, a new federal report highlights how a visa program for highly-skilled workers is prone to fraud and abuse.

The Department of Labor (DOL) allows employers to temporarily hire skilled foreign workers through the H-1B visa program. It is specifically designed to fill positions in specialty occupations. The DOL Office of Inspector General (OIG) warned in a semiannual report to lawmakers that the program is prone to significant fraud and abuse.

“OIG investigations have shown the H-1B program to be susceptible to significant fraud and abuse, particularly by dishonest immigration attorneys, labor brokers, employers, and organized criminal enterprises,” the report stated. “Our investigations have revealed schemes in which fraudulent applications were filed with DOL on behalf of fictitious companies and individuals, and unscrupulous businesses seeking to acquire foreign workers.”

“[DOL] must have the statutory authority to ensure the integrity of that process, including the ability to verify the accuracy of information provided on labor condition applications,” the report stated. “Currently, the Department is statutorily required to certify such applications unless it determines them to be ‘incomplete or obviously inaccurate.'”

The OIG released the semiannual report to inform congressional lawmakers on a range of department issues. It covered management of funds, program reviews and investigations into union racketeering and employer abuse. It offered several suggestions on how lawmakers could improve how the department operates.

The H-1B program and some other visas were implemented under the Immigration and Nationality Act of 1965. Visa programs cover a range of labor market needs from agricultural workers to high-skilled employment. The H-1B program covers skilled sectors like biotechnology, engineering, healthcare and law, among others.

The program is intended to serve employers who cannot find skilled domestic workers. The government relies on accurate information from employers to uphold that requirement. Republican Sen. Chuck Grassley, however, has urged reform of the law to better protect domestic workers.

“Most people believe that employers are supposed to recruit Americans before they petition for an H-1B worker,” Grassley stated in May 2015. “Yet, under the law, most employers are not required to prove to the Department of Labor that they tried to find an American to fill the job first.”

The Government Accountability Office published a report in 2011 citing similar concerns regarding the DOL and the Department of Homeland Security. The report noted that oversight of the visa program by the agencies was fragmented and restricted.