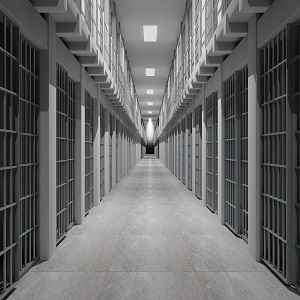 Gov. Chris Sununu announced the nomination of Helen E. Hanks as Commissioner of Department of Corrections at an Executive Council meeting on Wednesday.

Hanks served as Assistant Corrections Commissioner since 2014. She has worked for the Department of Corrections since 2003, rising to the position of Director of Medical and Forensic Services in 2011.

The nomination comes two months after the resignation of William Wrenn, who had served as head of the Department of Corrections since 2005. His resignation will become official on Nov. 9.

If Hanks is confirmed, she will take the helm of a state agency which has received significant public scrutiny throughout 2017 due to staffing shortages, budget issues, and battles over regulatory oversight.

New Hampshire’s state prisons are in the midst of a severe staffing crisis which has caused instances of forced overtime to rise and created concerns about personnel safety.

The situation affects not only the correctional officers but also the prisoners, who have seen their visits and activities cut short due to coverage issues, leading to concerns the state is fostering a dangerous environment at prisons.

Neither Padellaro nor Teamsters Local 633 responded to a request for comment in time for publication.

Record incarceration rates, coupled with a lack of proper facilities, pose a critical challenge for Hanks as she assumes leadership of the Department of Corrections.

According to the Department’s most recent data, the state prison population last year was 2,631, nearly double the amount since 1990. A 2009 study by the New Hampshire Center for Public Policy Studies found the state’s prison population increased by 560 percent from 1982 to 2007.

New Hampshire has only five prisons which also feature a high rate of recidivism.

A Department of Corrections report found approximately half of all prisoners released in 2007 had returned by 2012. The state prison population is also getting older considering more than 20 percent of prisoners are over 50 years old, which requires higher medical costs while behind bars.

Hanks will have to address the planned opening of the New Hampshire Correctional Facility for Women in Concord, which has been the subject of considerable public anticipation and consistent delays.

In his budget speech in February, Sununu referred to the 224-bed prison as a “desperately needed asset” while vowing to open and fund the institution. The facility is near completion and ready for occupancy but is still not open due to staffing shortages as the year comes to a close .

The women’s prison requires 74 correctional officers to adequately staff the facility while the state legislature has only authorized funds to hire 55 officers.

Chris Dornin, co-founder of Citizens for Criminal Justice Reform (CCJR), told NH Journal the state is overdue and over budget on opening the women’s prison. While commending Hanks for assisting families facing issues at prisons, Dornin said CCJR will oppose her nomination, saying she has been part of the “complete mismanagement” regarding the planning and financial aspects of the women’s prison.

Dornin said Sununu should have nominated an individual outside of the Department of Corrections to be commissioner in order to affect meaningful changes. He suggested the governor could have convened a review panel consisting of prosecutors and defense attorneys to provide a recommendation.

“Yes, they should’ve looked outside of New Hampshire,” Dornin said. “This has been a very badly run prison system for a long time and [Hanks] is a big part of it.”

Two pieces of legislation have pitted CCJR and the Department of Corrections against each other.

CCJR supports HB 544, a bill which would allow inmates the opportunity to work while incarcerated and earn up to 21 months off their sentence. Dornin said Hanks and the Department voiced their opposition to the legislation, citing the need to hire an additional five social workers and five case managers.

The other bill, HB 192, would require the Department of Corrections to have its administrative rules approved by the state legislature. Dornin said the proposed legislation was prompted by the Department’s claim in 2014 that only six sex offenders exceeded their minimum sentences.

CCJR requested a performance audit by Legislative Services which found 200 sex offenders exceeded their minimum sentences and laid blame on the Department of Corrections for its reporting services. Dornin said the Department’s administrative rules should be subject to approval from the state legislature, just as every other state agency.