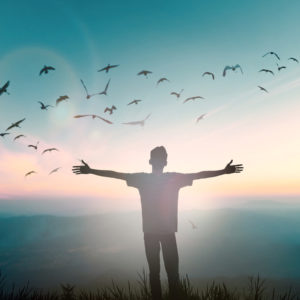 From Great to Good

I am on a tennis court hitting with my friend Deb, and as I get ready to send some serves her way, she remarks, “I am not going to go for winners — just good solid returns.” I respond that “good” is a great way to go.

Similarly, when someone asks me, “How are you?” I frequently respond, “Good enough.” In other words, not “great” because “great” is a tall order — a high mark that is only occasionally met. “Good enough” to me means sufficient and sound.

Same goes for the question,  “How are book sales?” There is no New York Times bestseller in my experience so far, but occasional sales and random emails from readers keep me content enough. In other words, “good, not great,” as I take satisfaction in those smaller measures.

The topic of downsizing our expectations has been on my mind recently. And because timing is everything, I found it amusing that two people from very different worlds recently told me that their cherished read is Jim Collins’ book “Good to Great” — a classic on how organizations can achieve greatness.  The two admirers spanned the gamut with one being a CEO and the other being a rabbi. Both aimed to serve their customer well and build a healthy and vibrant team. I understood their pick as it appeals to our subliminal urge for greatness, but as I write this, I also take issue.

There are some unintended consequences resulting from our obsession with greatness. Parents have done immoral acts to help their children get into top-ranked schools to line them up for greatness. Our culture bears the scars of significant anxiety because of the pressure to be outstanding. Gawkers on social media revel at others’ amazing moments — weddings, vacations, personal achievements — all great stuff that makes the one sitting on the bench ask, “Why not me?”

As I shared this topic with Bernie, my 89-year-old father-in-law, who is wonderfully obsessed with classical music and still plays bassoon in his community orchestra, he said, “Well, my orchestra is good, not great, but if we only cared about great, then I wouldn’t be playing.”

The thought of him not playing made me wince.

Bernie also conducts a choir where again the idea of “good” is valued. Bernie candidly shared, “When I conduct the choir, I sometimes get a rare moment which is really good, and I appreciate that moment because it stands out from the rest.” An objective ear may or may not be as complimentary, but does it really matter? To those performing, good is great.

Whether it’s tennis, books, choirs or any human pursuit, we more easily flourish with expectations of good.  The pressure is off, and we don’t feel the burden of greatness. We get to have fun. We aren’t pushed to abandon our moral compass for some greater goal. We get to celebrate being imperfectly human.

Now sometimes the distinction between good and great can be blurry. I shared a story with my son about my tennis-playing friend Deb. We were taking a walk by a lake when we witnessed a mother duck leading her six ducklings in single file. All of the sudden, the last duckling fell through a storm drain and into the sewer. Deb and I could hear the chirping down below but had no way rescue the duckling.

Deb immediately called Public Works to report a trapped duckling. We had to be on our way, so we were unable to verify that they came. The next day I saw our mailman, who knows way more about the goings on in the neighborhood than the rest of us, and he reported that the duckling was rescued.

As I shared this story with my son, I cited the rescue of the duckling as a good outcome. My son countered that it was great. After all, two nice citizens (actually one) reported the incident. The town’s public services followed up to rescue the duckling, and the mailman could report it.

“But who knows if the duckling reunited with his mom?” I asked.  My son retorted, “I think the point is that you cared, the city cared, and the duckling was rescued. How is that not great?”

So there you have it: Sometimes great can masquerade as good, which makes good great.