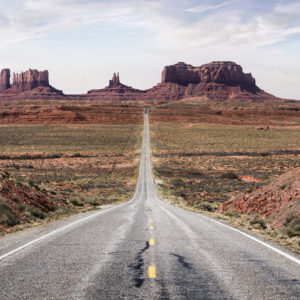 A string of negative headlines continued through May with the release of a scathing report from the federal Government Accountability Office, or GAO, for the agencies within the Department of the Interior that administer nearly 200 schools for Native American students on reservations. The report, which found serious lapses in oversight of government-run school facilities, comes on the heels of a widely publicized lawsuit that brought attention to a failing Interior Department-run school on a reservation in Arizona.

The GAO’s “High Risk” report highlights government programs that show particular levels of dysfunction, and included criticism of the federal services provided to Native American communities in education, energy resource management, and health care. The Bureau of Indian Education oversees schools either directly or in conjunction with tribal authorities that service about 41,000 students on reservations in 23 states.

The GAO’s report pertaining to education focused mainly on deteriorating conditions in school facilities and a lack of safety inspections in many of those schools. According to the federal review, officials failed to complete school safety inspections in a third of Bureau of Indian Education schools, and no inspections at all were conducted in four of the ten regions overseen by the agency. In one school, the GAO found that the agency had taken months to replace an outdated heating system that was leaking unsafe levels of carbon monoxide into dormitories and classrooms.

The GAO had been calling for stepped-up oversight of new school construction projects on reservations since 2015. At that time, officials had found failed projects such as $3.5 million wasted on new roofs for schoolhouses that failed to keep out rainwater and led to extensive molding. Another example included a new building for school-bus maintenance that was not large enough to fit the school buses the area schools were using. The report also cited a 2014 study that found that 39 of 49 school construction projects run by the agency were at least 3 years behind schedule. According to the May GAO report, the Bureau of Indian Education had not only failed to demonstrate progress on the basis of recommendations handed to it, but that the problems had actually gotten worse.

In a response to the GAO’s most recent report, the Bureau of Indian Affairs agreed with five of the six recommendations put forward (arguing that one of the recommendations was already moot by recently updated agency guidance). In addition to ramping up safety procedures, the agency also vowed to improve data collection and hiring processes.

The damning accountability study comes just months after news reports in January that the Bureau of Indian Education was being sued by a group of its own students enrolled at Havasupai Elementary School on a reservation in Arizona. The lawsuit alleged that the school employed unqualified teachers, was closed for weeks at a time during the school year, and failed to offer lessons in any subjects beyond English and math. Even in those subjects, students at Havasupai Elementary score in the lowest percentiles of all students nationally, and only about one in five were going on to graduate high school.

Part of the problem at the Bureau of Indian Education, according to the GAO, is continued instability at the leadership level of the agency. From 2000 to 2013, not one official held the top position at the agency for longer than three years, according to the report. In 2016, the director of the agency, Charles Roessel, was fired after evidence emerged that he had inappropriately meddled in hiring processes.

While the Bureau of Indian Education and the larger Bureau of Indian Affairs have said they will work to improve based on the GAO’s recommendations, the evidence points to deeply systemic problems in the agencies. To this point, the Trump administration has yet to appoint an Assistant Secretary for Indian Affairs, suggesting that Michael Black, the current acting Assistant Secretary, has his work cut out for him.