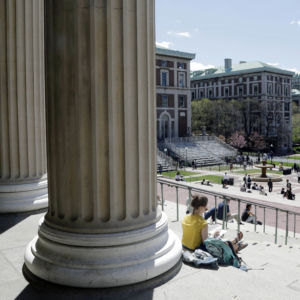 Columbia University had several legal objections dismissed Monday over a campaign to unionize graduate students on its campus.

Columbia University graduate students have been at the forefront of a national unionizing campaign. The graduate students voted to unionize in December 2016. The National Labor Relations Board (NLRB) regional office dismissed several objections by the university.

“The Employer has failed to demonstrate that any alleged objectionable conduct occurred which could have affected the results of this election,” the NLRB decision states. “Accordingly, I have recommended overruling the Employer’s objections in their entirety.”

The university filed a number of objections alleging the vote was manipulated. It states union officials were too close to the polling locations, union supporters were engaged in surveillance, and the board turned away voters. It also alleges the regional office engaged in objectionable conduct when it decided not to require voter identification.

“I have recommended overruling the Employer’s objections,” the NLRB decision also stated. “Accordingly, I recommend that the Petitioner be certified as the exclusive bargaining representative for the following appropriate unit.”

Harvard, Yale, Stanford, Cornell and several other universities banded together early last year against the union push. They argued in a legal brief that the decision undermines the relationship students have with their professors. Essentially, university faculty will become employers as opposed to mentors and teachers.

The dispute has attracted national attention with several lawmakers weighing in. Republican Sen. Ben Sasse, a former university president, argued the decision undermines the teacher-student relationship. Democratic Sen. Bernie Sanders countered that it will help the students get fair treatment.

Graduate students often get paid for working despite not technically being considering employees. They can become student teachers or assume many other roles that could be considered work. The NLRB ruling allows students that perform work-related activities to be considered workers.

There is nothing stopping a union from welcoming in a graduate student. Without being considered an employee, however, the students are not allowed the right to collectively bargain. Collective bargaining is a powerful tool for unions because it allows them to unite workers together whether they want to or not.

Columbia University did not respond to a request for comment by InsideSources.