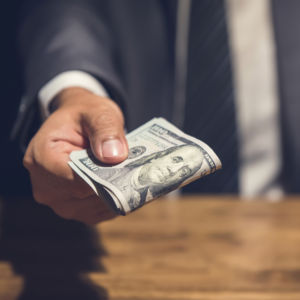 Why Congress Is Calling for an Investigation Into Environmental Slush Funds

For over a year, national headlines have breathlessly wondered at the extent of the influence foreign donors or agents may have had over the 2016 elections. Meanwhile, environmental groups have received far less scrutiny. Despite the influence that they have over environmental and energy policy, groups like the Sierra Club are continuing to receive money funneled through anonymous donations via foundations and overseas firms. One group, the Sea Change Foundation, was even formed to facilitate these shadowy donations, which keep potential conflicts of interest out of the public eye by shielding donor names from view.

Last month, a Sierra Club staffer told Politico that the organization uses the Sea Change Foundation to protect the anonymity of a particular donor. Melinda Pierce, legislative director for the Sierra Club, said that her organization knew the origin of the money, but used the foundation to keep that information out of the public eye.

“We have confirmed that the origin of these funds is a private U.S. donor who cares about climate change and has invested in the work the Sierra Club does to tackle the climate crisis and advance the clean energy economy,” Pierce said.

This is far from the first time that the Sea Change Foundation has been used to shield donors from view.

The Sea Change Foundation was formed in 2006, specifically to work on projects “nationally and internationally to implement public and private policies that will reduce reliance on coal, tar sands, and high greenhouse gas (GHG) fossil fuels.” However, the organization’s opaque structure makes it essentially impossible to connect donations and projects to specific donors and their financial interests. Despite the trappings of environmentalism, the Sea Change Foundation’s donors may stand to financially benefit from widespread adoption of carbon capture, alternative energy, or other cleantech policies.

The foundation is the beneficiary of a great deal of left-leaning philanthropy. At the end of 2015, it had assets totaling more than $176 million. Last year, it spent more than $43 million in contributions, gifts, and grants, including donations to other environmental groups, such as the Natural Resources Defense Council and the League of Conservation Voters. Much of the money came from donations from other private foundations and left-leaning philanthropists. However, not all of the donors have been identified.

Of particular concern are potential connections between the Sea Change Foundation and Russia. In early July, Rep. Lamar Smith, R-Texas, chairman of the House Science, Space, and Technology Committee, sent a letter to Treasury Secretary Steven Mnuchin, requesting that the department investigate claims that the Russian government had funneled money to American environmental groups in order to interfere with the domestic energy market.

Russia has lost market share in the international energy markets to American producers and its economy has suffered under economic sanctions and years of low oil prices.

In his letter, Smith described “an elaborate scheme that funnels money through shell companies” to environmental groups working against fossil fuel development, saying that it was “clear” that Russia was funding the groups in an effort to suppress the domestic oil and natural gas industries.

At the time, publicly available reports showed that the Russian government had used shell companies in Bermuda to pass money to American environmental groups. One particular firm, Bermuda-based Klein Ltd., is of particular interest. In 2010 and 2011, Klein gave $23 million to the Sea Change Foundation. What is unclear is where Klein got the money.

The League of Conservation Voters, another environmentalist group which received money from the Sea Change Foundation, rejected the assertion that its donors were at all connected to Russia.

“This is false,” LCV spokesman David Willett told Politico. “We have no connections to Russia and have been an effective advocate for environmental protection for over 45 years. This seems like nothing more than an attempt at distraction away from the Trump campaign’s well-publicized interactions with Russian interests to influence the election.”

However, with the lack of transparency surrounding who donates the money that the Sea Change Foundation then gives to the League, it is impossible to verify Willett’s statement. The issue isn’t only potential Russian interference, it includes donors who may be trying to use their donations to help enact policy changes that would financially benefit them.

“It’s likely that the confusing and secretive money chain is by design,” says Steve Everly, a senior advisor for industry publication Energy In Depth. “The more pass through entities there are, the more difficult it is to apply scrutiny – and any scrutiny that is applied ends up looking like a tin-foil-hat conspiracy theory.”

Everly notes that conflicts of interest have existed in the past between environmental and anti-fracking groups and companies investing in alternative energy. In one instance, he says that for a period of time, the Sierra Club was receiving a kickback from solar energy company Sungevity for each solar panel system installed. However, given the general secrecy of the green organizations’ funding, if such arrangements continue today is hard to ascertain.

This problem is not new. A 2014 report by the Senate Environment and Public Works Committee highlighted collusion between environmental activists and billionaire donors attempting to use donations to shape environmental policy. The report argues that the activist groups promulgated “the false notion that they are independent” while in fact working with donors to both maximize the donors’ tax-deductions and “influence elections and policy outcomes, with a focus on the EPA.”

As of yet, no serious investigation into the source of the donations has been conducted. During an interview in July, Energy Secretary Rick Perry expressed his confidence in Mnuchin’s ability to undertake the investigation, saying that “we shouldn’t be surprised that there are people out there trying to manipulate the market.”

The Treasury Department has yet to announce the start of any investigations into the issue.