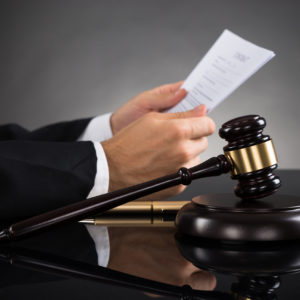 A prominent right-to-work advocate called for an investigation Thursday into the Inspector General for the federal labor board.

The National Labor Relations Board (NLRB) has been at the center of a fierce policy debate over its handling of a major workplace case. It recently vacated a decision from last year that overturned an earlier ruling from 2015. NLRB Inspector General David Berry prompted the reversal by recently alleging a possible conflict of interest.

The National Right to Work Legal Defense Foundation (NRTW) is now calling for an investigation into the Inspector General. The request asks the Council of Inspectors General on Integrity and Efficiency to review possible wrongdoing during an investigation that led to the conflict of interest accusations.

“Victims of compulsory unionism abuses should not be victimized yet again by rogue bureaucrats at the NLRB,” NRTW President Mark Mix said in a statement. “Whether regarding recusals or the disclosure of internal Board deliberations, Inspector General Berry appears to apply different standards to different people.”

The Inspector General investigation found a possible conflict of interest involving board member William Emanuel. It determined that he should have recused himself from the decision because his former law firm represented one of the companies involved in the case from 2015.

NRTW expressed concern that recusal standards are not being properly and consistently enforced and that internal deliberations are being selectively leaked. NLRB Member Mark Gaston Pearce, a holdover from the last administration, has also been accused of improperly disclosing internal discussions.

“Despite his tenuous findings regarding recusals for Member Emanuel, just a few years ago Berry gave the green light to Obama appointee and former Service Employees International Union lawyer Craig Becker to participate in cases involving the SEIU and its affiliates,” Mix said. “Now both Berry and NLRB Member Pearce appear to have publicly disclosed information regarding the Board’s internal deliberative process, even though Berry’s own report in 2012 condemned former Member Flynn for doing the same thing.”

NRTW has expressed concern that there might be a double standard given past cases. A Freedom of Information Act (FOIA) request, filed by the group last week, is seeking information on how the agency determines whether there should be a recusal, and how that applied to the recent investigation.

The NLRB Inspector General was also urged to investigate board member Pearce over the allegations he improperly disclosed internal board deliberations. The Competitive Enterprise Institute (CEI), a free-market think tank, called for the investigation in a letter Wednesday.

Pearce, according to the letter, provided advance notice that the board would be vacating the decision from last year.  The CEI letter requests that the investigation determine whether he had written consent from the board to reveal upcoming decisions and whether he revealed confidential information.

Former President Barack Obama’s NLRB started the current debate when it changed a decades-old interpretation of the joint-employer standard back in 2015. It was able to update the standard when ruling in a case involving Browning-Ferris Industries. Critics have adamantly opposed the decision in the years since.

The joint-employer standard is used to determine whether an employer is legally responsible for the employees of a company it contracts with. It was previously determined based on whether a company had direct control over the employment policies of another business. The updated standard is instead determined based on indirect control.  Critics of the update argue it is overly vague and puts employers at unnecessary legal risk.

President Donald Trump has appointed board members who have been less welcoming to the updated standard. The new board issued a ruling last year, in a case involving Hy-Brand Industrial Contractors, that reversed the decision from 2015. The NLRB Inspector General report, however, prompted the five-member board to vacate that decision and restore the updated standard.

Those in support of the updated standard have argued that it was a needed change that prevented employers from sidestepping their employment responsibilities. They believe large companies have been using contracting relationships to separate themselves from workers who should be considered their employees.