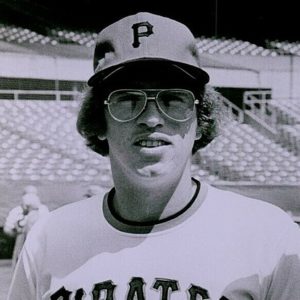 Has Trump Hit the ‘Mendoza Line’ in New Hampshire?

Four years ago, Donald Trump shocked the political world by winning the White House and coming within 3,000 votes of taking New Hampshire. Trump’s surprising performance had ripple effects across the Granite State, helping the NHGOP take the governor’s office, the legislature and the Executive Council for the first time since 2002.

“I’ve gotta tell you, it is a beautiful day to be a Republican in the great state of New Hampshire,” then-state Republican Party chairwoman Jennifer Horn said at the time.

A lot has changed since then.

Jennifer Horn is now a founding member of the anti-Trump group the Lincoln Project and is a pariah in the New Hampshire GOP. And President Trump appears to be on a path to lose the Granite State by a significant margin — perhaps ten points or more.

More troubling for local Republicans, Trump’s job approval rating in the UNH poll was down to 44 percent, with 55 percent disapproval. In the Suffolk poll, that number is 42 percent, and his personal favorable rating has hit 40 percent — a number many campaign pros believe is the “Mendoza Line” of politics.

(For non-sports folk: The Mendoza Line is named for Pittsburgh Pirates shortstop Mario Mendoza, a talented defensive player whose batting average hovered around .200 — just good enough to keep him playing. Any lower and the damage done on offense outweighs the benefit of his defense.)

The question for New Hampshire politicos is whether Trump has crossed that line. Is the NHGOP looking at another 2018 #BlueWave — or worse — with Trump at the top of the ticket?

“If Trump drops to 40 percent or below, Republicans are looking at an apocalypse,” says New Hampshire-based GOP strategist Patrick Hynes. “But that’s not going to happen. Trump may not win New Hampshire, but he’s in the game.”

UNH political science professor Dante Scala isn’t as optimistic about Trump’s chances. “Trump’s on track to do worse than McCain ’08. That’s definitely bad enough to be a drag on his party.”

Plus, Scala adds, “all three Republican congressional candidates are basically ‘Trump Lite’ to New Hampshire voters.” Which means they’re likely to perform about as well as he does.

Veteran NHGOP strategist Jim Merrill sets the Mendoza Line a little higher. “I think Trump at 43 percent is actually enough in a two-way race for him to begin seriously dragging down the GOP. If he’s there, it’s trouble.”

Tom Rath, a Republican who’s backing Joe Biden this year, thinks the premise of the question is overblown. He concedes that weak candidates at the top of the ticket can hurt a party’s performance.

“But we are a state of ticket splitters. While there is a straight ticket option at the top of the ballot, ticket-splitting is pretty common, if not the norm.  For evidence of this, look at the advertising for statewide offices. It almost never mentions party affiliation,” Rath said.

But every political pro NHJournal talked to mentioned one name they believe can help down-ballot Republicans survive in November: Chris Sununu.

“I don’t believe these polls — I remember when Trump was supposed to be at 29 percent approval in New Hampshire, and he nearly won,” says longtime GOP consultant Michael Dennehy. “And yes, if Trump’s approval really is 40 percent or below, he starts taking Republicans down.

“But you can’t underestimate Chris Sununu. If he’s at 55 percent, he will have coattails.”

Gov. Sununu’s numbers are truly impressive. Not only does the Suffolk poll have the incumbent Republican leading Democratic state Sen. Dan Feltes 55 to 31 percent, but he’s up 20 points among women,  minority and undeclared voters. Sununu even has the support of one in five New Hampshire Democrats.

Merrill agrees Sununu has the ability to impact down-ballot races. “If Sununu finds a way to get 55 percent or higher, then it may be a funky race where Trump is low, but everyone else is up.”

And Rath says you may see voters vote Biden, then jump to Sununu and vote straight Republican down the rest of the ticket. “Sununu could give the rest of the Republicans some degree of cover, especially since the governor is the second race on the ballot.”

Scala says Republicans are getting the message. “I got an NH GOP mailer today that says, ‘Governor Sununu needs your help, vote for your Republican state representative, help fight the extreme agenda from the Democrats in Concord.’

“It would be interesting to see if that becomes part of Sununu’s closing argument on radio and TV in the last weeks of the race,” Scala said.