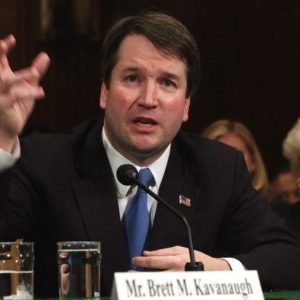 Hold Off Filling Kennedy’s Seat Until After Midterm Election? History Says “No.”

Democrats calling President Trump and the GOP to hold off replacing retiring Supreme Court Justice Anthony Kennedy do not have history on their side.

According to analysis by Axios.com, there have been five Supreme Court vacancies within 150 days of a midterm election since 1950.  And in three cases– David Souter, Antonin Scalia, Arthur Goldberg– the nominating process was done before Election Day.

In the case of Potter Stewart, he replaced Justice Harold Burton who retired on October 13, 1958–less than a month before the election.  In the fifth case, Justice John Marshall Harlan II retired on September 23, 1971–six weeks before the election–and his replacement, William Rehnquist, was approved by the U.S. Senate on December 10th.

Democrats have been advocating for something they called the “McConnell Rule,” arguing that Sen. Majority Leader Mitch McConnell (R-KY) established a precedent by preventing a vote on President Barack Obama’s nominee, Merrick Garland, in 2016.

“Millions of people are just months away from determining the senators who should vote to confirm or reject the president’s nominee, and their voices deserve to be heard now, as [Senate Majority Leader Mitch] McConnell thought they deserved to be heard then,” Senate Minority Leader Chuck Schumer (D-N.Y.) said last week.  “Anything but that would be the absolute height of hypocrisy,” he added. 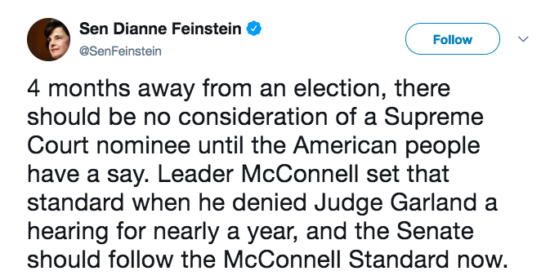 Republicans respond that this standard was set for presidential elections, which could change the person picking the judges, and not the midterms. In a Washington Post article with the subtle headline “Democrats’ bogus argument about what the GOP said on election-year Supreme Court vacancies,” Aaron Blake reports numerous examples of Sen. McConnell and other Republicans specifically referencing presidential election years, not just “an” election year. He quotes McConnell from a March 2016 Fox News interview:

“We’re following the Biden rule. And Biden was chairman of the Judiciary Committee in 1992, in a presidential election year, he said the Senate should not act on filling a Supreme Court vacancy if it had occurred that year,” McConnell said.

“So, all we’re doing is following a long-standing tradition of not filling vacancies on the Supreme Court in the middle of a presidential election year.”