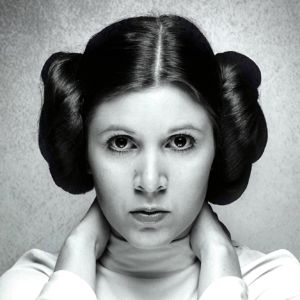 Hollywood Union Remembers Carrie Fisher in Wake of Her Passing

Fisher is best known for playing Princess Leia Organa in the Star Wars saga. The role turned her into a cultural icon, as the series and its recent sequels have remained huge cultural and financial successes. Carteris called the actress an inspiration in the wake of her passing.

“Carrie Fisher was an inspiration to people of all ages,” Carteris said in an online message. “She was a talented, witty, thoughtful actor and writer. My heartfelt sympathy goes to her family, friends and all those around the world who loved her and will deeply mourn her loss.”

Star Wars has remained a cultural phenomenon unlike any other. The original trilogy has spawned numerous prequels, sequels, books, video games, and television shows. Fisher has been a crucial part of the series since the very first movie.

“She was a beautiful spirit and a light that has dimmed too soon,” Carteris also said. “It is a tremendous loss that is felt by all. What a sad way to end the year.”

Her portfolio also includes roles in The Blues Brothers, Hannah and Her Sisters, and When Harry Met Sally. Fisher has done voice work for numerous cartoons and video games. Additionally, she is known for being a novelist and script writer. Her semi-autobiographical novels detailed her experiences with drug addiction and rehab.

Fisher went into cardiac arrest Dec. 23 while on a flight from London to Los Angeles. She was then taken to Ronald Reagan UCLA Medical Center by ambulance. Many of her fans and admirers took to social media in the aftermath of the incident and later her death.

Fisher reprised her role as the famous princess last year for Star Wars: The Force Awakens. The movie is the first of a new trilogy which chronicles events decades after the original films. She has reportedly finished filming the second movie in the new trilogy.

Carteris is also an actress who won the guild presidency this past year. The Screen Actors Guild merged with the American Federation of Television and Radio Artists in 2012. It is now officially known as the SAG-AFTRA.