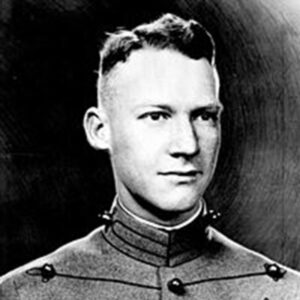 In the movie The Dark Knight, Commissioner Gordon calls Batman “the hero Gotham deserves, but not the one it needs right now.” Nearly 80 years ago this month, a nation reeling from military setbacks in an unexpected war got something very different: A hero it needed, and needed right then.

Alexander “Sandy” Nininger once told a friend he had no hatred in his heart and doubted he could kill anyone. On January 12, 1942, he proved himself wrong and gave America an inspiration during the war’s darkest days.

Born in Gainesville, Ga. as the First World War was winding down, Sandy grew up in Fort Lauderdale, Fl. As a youth, he loved swimming and fishing. At West Point, he enjoyed art and the theater. After being graduated in May 1941, he was commissioned a lieutenant in the U.S. Army and ordered to the Philippines.

Japan’s sneak attack on Pearl Harbor engulfed the United States in the global conflict that was World War II. Sandy was attached to the Philippine Scouts (57th Regiment Infantry). It didn’t take long for the war to come to him.

When Japanese troops invaded Bataan, Sandy volunteered to serve in another company because his unit was behind the lines. Then the 23-year-old officer showed what he was made of.

According to the official citation, Sandy was in the thick of the action near the village of Abucay on January 12, 1942. “Enemy snipers in trees and foxholes had stopped a counterattack to regain part of position. In the hand-to-hand fighting which followed, 2d Lt. Nininger repeatedly forced his way to and into the hostile position. Though exposed to heavy enemy fire, he continued to attack with rifle and hand grenades and succeeded in destroying several enemy groups in foxholes and enemy snipers. Although wounded 3 times, he continued his attacks until he was killed after pushing alone far within the enemy position. When his body was found after recapture of the position, 1 enemy officer and 2 enemy soldiers lay dead around him.”

It’s believed the man who once doubted he could kill anyone took out 50 enemy fighters before he died.

Four weeks later, on February 10, 1942,  Sandy Nininger became the first American serviceman of World War II to receive the Medal of Honor. Another 463 would follow, 266 of them awarded posthumously.

“They needed a hero,” Sandy’s 84-year-old nephew John Patterson told Stars and Stripes magazine. “They needed somebody to talk about. They needed help with morale in terms of all the disasters in the Pacific.”

The Army made the most of Sandy’s heroism. Nininger Hall at his alma mater West Point is a cadet barracks. Two transport ships carried his name. Georgia’s Fort Benning has Nininger Range for rifle practice, and you’ll find the Alexander “Sandy” Nininger State Veterans Hospital near his Florida hometown.

Now, Nininger’s family wants federal officials to remove his name from all of it.

Like many combat fatalities, Sandy was quickly buried in a shallow grave. After the war’s conclusion, he was officially listed as “Missing,” meaning the military didn’t know where he was buried.

Sandy’s sister spent the rest of her life trying to find her brother’s resting place. She passed her life’s mission on to Patterson, her son, who likewise has spent decades pursuing it. He examined records, talked with World War II veterans, and became convinced Sandy is buried under a marker inscribed “Unknown” in grave J-7-20 in the massive Manila American Cemetery and Memorial.

The family has begged the Pentagon to exhume the grave, even offering DNA samples to test against the remains. The military declined. Sandy’s relatives sued, but the case was dismissed in favor of the defendants.

Then on January 12, the 79th anniversary of Sandy’s heroism, the family officially asked the Defense Department to drop Nininger’s name from all government facilities. In a stunning reversal, the Pentagon announced the next day that it will examine the remains buried in that unmarked grave in Manila for testing.

Sandy Nininger was one of the 291,557 Americans who made the ultimate sacrifice for our freedom in World War II. Some 17,000 are still listed as missing. Hopefully, this hero won’t remain one of them much longer.