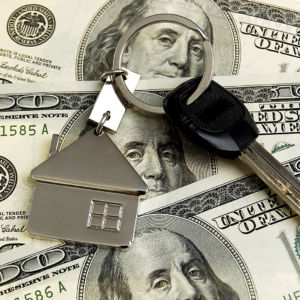 While much is made of the differences between the Republican and Democratic party platforms, one major point of agreement this year was in the need to expand housing opportunities. “Homeownership expands personal liberty, builds communities, and helps Americans create wealth,” says the GOP Platform.  The Democratic Platform states: “We must make sure that everyone has a fair shot at homeownership.”

Both platforms express concerns over rising rents and seek to encourage homeownership. “More than six million households had to move from homeownership to renting. Rental costs escalated so that today nearly 12 million families spend more than 50 percent of their incomes just on rent,” states the Republican Platform.

The Democratic Platform notes: “Democrats will also combat the affordable housing crisis and skyrocketing rents in many parts of the country that are leading too many families and workers to be pushed out of communities where they work.”

While the platforms diverge on policy recommendations, what’s clear is that both parties are responding to anxiety in the housing market as Americans feel homeownership is becoming out of reach. Political analyst Douglas Schoen conducted a poll in July and found most likely voters feel it’s too difficult for someone like themselves to purchase a home. This was especially true for Hispanics (78 percent) and blacks (67 percent). Most likely voters feel that the banks were most to blame for the problems in the housing market.

“The core principals were more access to affordable housing, more access to mortgage money, doing everything possible to facilitate home ownership,” Schoen told InsideSources. “And certainly preserving and protecting Fannie and Freddie and its shareholders to maintain the viability of the housing market.”

Fannie Mae and Freddie Mac are government-sponsored enterprises that securitize mortgages in order to encourage banks to lend to low- and middle-income Americans. Both GSEs were taken into conservatorship by the federal government during the housing crisis, but despite fully repaying loans to the U.S. Treasury, they have not been allowed to exit conservatorship. Policymakers in Washington continue to debate the future of the GSEs and whether to continue or end the conservatorship, or move to a bank-centric system.

“[Voters] understand that their survival and success are really inexorably linked to providing access for affordable housing,” Schoen said in an interview. “I think we want to keep Fannie and Freddie strong and do all we can to encourage the banks to provide more mortgage money.”

Under the conservatorship, Fannie and Freddie have been subject to a “Net Worth Sweep” that has prevented either GSE from recapitalizing. While both fully repaid loans to the government in the housing crisis, the Treasury rewrote the original agreement and said that all future profits from the GSEs will continue to be paid to the federal government. Fannie and Freddie shareholders argue the companies must be allowed to recapitalize in order to be ready for future downturns, and they believe that once the GSEs paid back their loans, they should have exited conservatorship.

“Fannie and Freddie are basically being used as a piggy bank by the Treasury,” Democratic Rep. Mike Capuano said during a panel discussion hosted by Politico at the Democratic National Convention. “And at some point they will lose the lawsuits being brought on by investors and owe someone an awful lot of money.”

Schoen’s poll found voters believe Fannie and Freddie shareholders should be protected. The Net Worth Sweep amendment was opposed by a plurality of likely voters who strongly supported shareholder rights.

Schoen also found in his polling that people of color are particularly dissatisfied with their access to mortgages. “I think it’s fair to say people of color are having the most trouble getting mortgages,” Schoen went onto say. “[They] were most concerned when they understood what was going on to preserve and protect Fannie and Freddie.”

Neither party platform offers clear solutions to the debate over the future of Fannie and Freddie. The Republican Platform blames Fannie and Freddie for exacerbating the housing crisis, largely as a result of policies set by the federal government, and it notes the Obama administration’s opposition to ending the conservatorship. The Democratic Platform offers no mention of Fannie or Freddie. InsideSources has previously reported on an internal Obama administration memo favoring an end to the GSEs that would lead to a “bank-centric model.”

“[Voters] blame the big banks [for the financial crisis] and are skeptical of the big banks.” Schoen noted. “I think there is a lot of skepticism about whether the big banks would really perform that function, absent very close oversight.”

Nevertheless, Schoen says that voters believe some regulations should be lowered but that the government should also provide oversight and encourage more responsible lending. Government oversight could help prevent the type of risky lending that contributed to the housing crisis in the first place.

The parties may not yet be offering many specifics on how they would improve mortgage access or prevent risky lending, but with Americans deeply concerned about their access to affordable housing, the broad language in the platforms may be the beginning of a broader debate to be addressed in the run up to November.