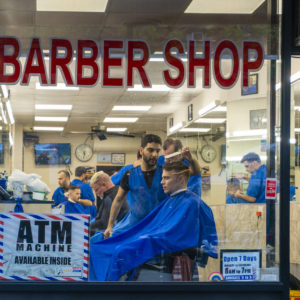 Eliminating the burdens of occupational licenses is emerging as a rare point of bipartisanship in an increasingly bitterly divided Congress.

Licenses present significant barriers to entering the workforce for low-income wage earners, military spouses, people with criminal records and others who find the requirements confusing and costly. Professionals already working in licensed industries advocate for the licenses, though, to make it harder for new workers to enter their sector, Robert McNamara, senior attorney at the Institute for Justice, said during a U.S. House Education Subcommittee on Higher Education and Workforce Development hearing Wednesday.

“If leaders left, right, and center agree that occupational licensing presents a serious problem, why has the practice continued to grow?” McNamara asked. “The answer is simple: occupational licensing has spread because it serves the interests of economic insiders – excluding competition from the market and allowing industry incumbents to charge higher prices.”

Still, witnesses and committee members alike urged caution when considering federal legislation regarding occupational licenses since they are governed by states.

In the 1950s, just 5 percent of jobs required licensing. Today, more than a quarter of professions require some type of license that frequently includes education requirements, training hours and fees that can be prohibitive. The requirements also vary from state to state, decreasing economic opportunities for military spouses and others. It takes 233 days of training to obtain a cosmetology license in New York but 490 days for one in Iowa.

In 2017 and 2018, eight bills were enacted in state legislatures to delicense occupations. So far this year, two-thirds of proposals to create new or expand the scope of existing licenses have been rejected, according to the National Conference of State Legislatures. A recent report from the U.S. Bureau of Labor Statistics said that eight occupations were delicensed from 1975 to 2015.

“After factoring in the need to complete new education, undergo state-sanctioned testing, and pay new licensing fees despite their presently-held credentials, many licensed workers ultimately forgo opportunities in different states because the entire regulatory process is just too complicated,” said subcommittee Chairman Rep. Brett Guthrie (R-KY) in his opening statement. He noted that there are 2.85 million fewer jobs due to licensing requirements and that $203 billion in licensing costs are passed onto consumers.

“We have more jobs than workers right now,” Guthrie said.

Illinois licenses and regulates 1.1 million residents in more than 70 professions such as doctors, architects, roofers, barbers and hair braiders, according to Bryan A. Schneider, secretary for the Illinois Department of Financial and Professional Regulation. The department recently made a small but significant change to barber licenses to allow prisoners who are trained and educated in the job to earn their license immediately upon release instead of making them begin the process at that time.

With one in three Americans possessing a criminal record, the barriers against employment can exceed the sentence served for their crimes, testified Rebecca Vallas, vice president for the Poverty to Prosperity Program at the Center for American Progress. Sixty percent of people who were incarcerated remain unemployed one year after their release. Those who do find employment earn low wages, typically around $10,090 per year, Vallas noted in her written testimony.

“People are treated as criminals long after they no longer pose a risk,” she said.

Vallas commended legislation close to becoming law in Pennsylvania called the Clean Slate Act that will automatically seal the records of individuals with minor nonviolent misdemeanors who remain crime-free for a certain time period. She said the law was supported by a broad bipartisan coalition that includes FreedomWorks, Right on Crime, the ACLU, NAACP, and her organization.

One of the goals of professional licensing is to ensure public health and safety, but witnesses and members of the Education subcommittee on Higher Education and Workforce Development both discussed the need for common sense regulations.

Rep. Jim Banks (R-IN), who deployed to Afghanistan, said that veterans develop many skills during their service that should easily translate to civilian jobs, but licensing requirements often prevent them from making a smooth transition. Military Skills Test Waivers can help veterans more quickly obtain commercial driver’s license, he said, and asked each witness to identify professions that could have similar waivers. McNamara said the Veterans Administration was looking for ways for doctors to practice in various states.

Vallas, however, cautioned against eliminating licenses “willy nilly.” She spoke of a New York woman who was dragged eight floors up an elevator shaft after a repairman deactivated a safety switch. New York does not require license for elevator repairs, she said.