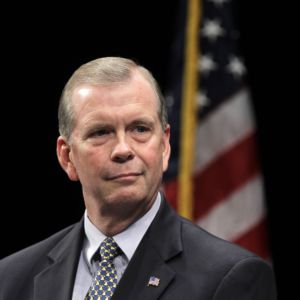 The Department of Labor (DOL) will soon make millions of more workers eligible for overtime. Republican Rep. Tim Walberg, however, believes businesses weren’t given enough time to adjust to the rule. He introduced a bill to delay the new overtime rule by six months.

“We all agree our nation’s overtime rules need to be updated and modernized,” Walberg stated before the committee. Nevertheless, he argues “the administration should withdraw the rule completely and update our laws responsibly. Unfortunately, the clock is ticking. A six month delay provides much needed relief.”

The DOL released the final version of the rule May 18 after nearly a year of debates. Managers and executives currently cannot qualify for overtime if they have a salary of at least $23,660. The new rule will increase the overtime salary exemption to $47,476 when it goes into effect Dec. 1.

“I, obviously, strongly opposed this legislation because I look at it as denying working families, who work fifty, sixty, seventy hours a week, a raise,” Rep. Jim McGovern, a Democrat, said before the committee. “I think when people work for a living they ought to earn a fair wage and a decent wage and basically this is an attempt to take money out of their pockets.”

The White House estimates the rule change will make an additional 4.2 million workers eligible for overtime. It has argued the updated rule will help restore overtime privileges that have dwindled over the years. Most full-time salaried workers, at 62 percent, qualified for overtime back in 1975. Now only 7 percent of those same type of workers qualify for overtime.

“Over the past 40 years, overtime protections eroded as a result of inflation and lobbyists’ efforts to weaken them,” the White House said when the final rule was released. “This extra income will not only mean a better life for American families impacted by overtime protections, but will boost our economy across the board.”

The Competitive Enterprise Institute has been one of several policy groups expressing concern over the rule. Its research has found businesses, nonprofits and even colleges could be hurt. CEI Labor Policy Expert Trey Kovacs notes a six-month delay would be helpful but that it doesn’t address the main issue.

“It’s certainly not answering the real issue but it is a good compromise since it’s probably politically impossible to do away with the rule,” Kovacs told InsideSources. “Small businesses and nonprofits are really going to have a tough time achieving compliance with the rule by December 1. So giving them an additional six months will be extremely helpful.”

The Economic Policy Institute (EPI) has been a vocal supporter of the upcoming overtime rule. It has stated the update will greatly help middle-class and lower-income families. EPI criticized Walberg for trying to delay the rule by six months.

“He wants to delay lower-middle class workers from either getting a raise or getting to spend more time with their families,” EPI Vice President Ross Eisenbrey said in a statement. “Wages have been stagnant for 35 years. The updated overtime rule is a first step to turn that around and ensure that when workers work hard, they get ahead.”

The U.S. Chamber of Commerce and the International Franchise Association (IFA), among over fifty other groups, filed a lawsuit claiming the department ignored congressional intent when drafting the rule. The lawsuit alleges that federal law never intended the salary threshold to be increased so drastically and arbitrarily.

The DOL is also facing a lawsuit from 21 states challenging the rule. Additionally, Republican Sens. Lamar Alexander and Ron Johnson introduced legislation June 7 to block the rule before it goes into effect. Republicans have received some support from Democrats concerned about it, as well.