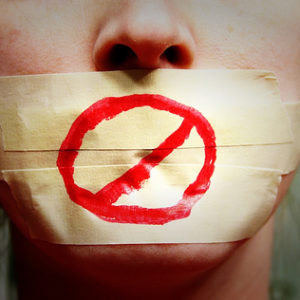 It may be one of the strangest cases of “cancel culture” you’ll ever read.

While working on a story about the debate over career colleges, a writer for InsideSources came across a dead link to what sounded like an interesting website: CollegeChoiceKillers.org.

Search as we might, we couldn’t find the page. What we found instead was a website, RepublicReport, posted by opponents of career colleges recounting how they used legal threats to kill the “killer” website.

One of the people behind the CollegeChoiceKillers site is Gerard Scimeca, an attorney and co-founder of Consumer Action for a Strong Economy (CASE), a non-profit, non-partisan consumer advocacy organization based in the Washington, DC area. Scimeca, a pro-free-market/free-speech activist, has been in plenty of political scraps. He’s advocated for free-market policies on everything from taxes to tariffs to light-touch regulation of railroads – as well as for-profit colleges.

But having lawyers unleashed over a political debate – and then gloating about it online – that was a new one to him.

“We have been advocating for education choice for three years and were prepared for the Biden administration to re-energize the left’s attack on career-oriented colleges. We wanted a transparent view of who would be carrying their water, the people who were working so hard to deny people, particularly non-traditional students, the opportunity of attending a career college,” Scimeca told InsideSouces. (Full disclosure: Scimeca is one of approximately 500 writers from across the political spectrum who submit op-eds to InsideSources, but he is not affiliated with IS in any way.)

“What the record reveals is there are really just a handful of detractors fueled by two deep-pocketed foundations. We thought that was relevant to the debate and the public discussion surrounding education choice.”

So CASE launched the CollegeChoiceKiller site, highlighting what they believed were the questionable history and motivations of Robert Shireman and the Century Foundation, David Halperin of the Republic Report, Carrie Wofford of Veterans for Education Success, and James Kvaal – now a Biden nominee – of the Institute for College Access & Success, or TICAS. On the website, they laid out their argument that these career college opponents’ efforts subsisted on funding from the Arnold Foundation and the Lumina Foundation (at least $10 million in the past 4 years), both with their own problematic incentives.

“We created a platform that referenced hundreds of publicly available sources,” Scimeca said. “The school choice adversaries have websites selling their position, most would agree this is an ideal scenario for the public to acquire information and decide for themselves. That’s how public policy debates work, or are supposed to, anyway.”

Instead, Halperin and Co. unleashed legal threats to force the website off the internet.

“It is to no one’s benefit to get ensnared in costly and time-consuming litigation,” explained Scimeca, “and frankly it would undermine our ability to advocate for this issue, which is our ultimate goal.” These activists and fat cat foundations don’t want the public to know what they’ve done and why they’re doing it, so they’re willing to spend huge sums on attorneys; we couldn’t match that.

Then came the Halperin web post: “Falsehood-Filled Website On For-Profit Colleges Shuts Down.” It attacks for-profit colleges as “predatory,” questions the motives of the “CASE men,” and describes reporting from the Wall Street Journal as “fake claims.” But most interestingly, it lays out in detail how Halperin, a lawyer, shoots down every effort by CASE’s attorney to find a way for his clients to make their case. Language is re-worked, sources are re-checked, but to no avail.

Tell this story and you’ll face hundreds of thousands of dollars in legal expenses to defend it—period. And so CASE was forced from the field.

For his part, Halperin rejects this version of the story. He insists that the material, taken almost entirely from previously published reports is “false and defamatory,” and says it was that fact, not the expense of a lawsuit, that caused CASE to pull the website.

It was a series of false statements and false innuendos saying basically that I was corrupted by money from Wall Street short sellers, when there’s absolutely no evidence of that. It was not political debate,” Halperin told InsideSources.

But his own site contains “innuendos” that CASE says are false as well. Isn’t this simply two sides of a debate engaged in the kind of political debate that sometimes contains inflammatory rhetoric? And is Helperin concerned about the premise established when one side of the debate can use the costs of litigation to silence the other?

Again, Halperin rejects the argument. “The only lawyer I had was me, and I didn’t charge myself anything. Perhaps I am a better lawyer,” he said.

Halperin was not the only advocate profiled by CollegeChoiceKillers who employed legal threats. Robert Shireman of the Century Foundation was represented by a Miami attorney who also repeatedly demanded the website come down. Halperin and Shireman are close, with Halperin having once served as Shireman’s attorney.

Halperin says the difference between the suggestions he’s making about CASE is that his are true and theirs aren’t. Scimeca says Halperin’s being misleading and their work is well-researched.

Who’s telling the truth? For journalists, a good way to find out is to have both sides make their case, lay out their evidence and let the readers decide. And the issue of regulating for-profit colleges is an important issue for legitimate debate. Opponents like Halperin point to abuses by some of these schools. Advocates like Scimeca note the thousands of non-traditional students who wouldn’t have their careers today without these institutions.

But that debate can’t happen if one side can use the threat of litigation to force the other from the field. Finding dead links to websites while researching an important news story is not good news for journalism or the state of civic debate.