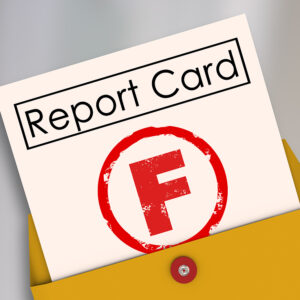 Last month, Michael Bloomberg announced his philanthropy would be providing $750 million to spur the creation of public charter schools across the country. As mayor of New York City from 2002 through 2014, Bloomberg set the city’s public school system on a trajectory that dramatically improved educational outcomes for those students and communities least well served by public schools. He inherited a school system that was centrally managed by career educators and famously resistant to innovation and change in the face of long-standing failure, evidenced most clearly by its 50 percent graduation rate.

By the time Bloomberg left office, the high school graduation rate had reached 70 percent. The improvement did not happen because the city found a way to magically fix long-failing high schools; rather, it put in place an aggressive program to phase out the lowest-performing schools and replace them with new high schools. Those schools were designed and implemented by teams of innovative educators, community advocates, and service providers from the city’s large non-profit sector. The city not only created new schools within the public school system itself but also strongly supported the creation of charter schools.

The two types of public schools were not at odds. Rather, both were considered necessary paths to undoing the failure of the traditional school system. Today, 340 high schools, including 65 charter high schools, which currently educate 65 percent of the city’s public high school students, were created between 1994 and 2013. These new high schools serve the city’s neediest students, and on average, they admit students who score below the state definition of proficiency in middle school.

My recent study for the Manhattan Institute describes the creation of these schools and their performance at the end of the 2018-19 school year (pre-pandemic.) It includes the period immediately before Bloomberg’s election because the change had begun to percolate on a small scale in those years. Bloomberg’s team built on this early success and expanded its efforts. On average, the new schools are doing much better than the schools they replaced. Their graduation rate is over 83 percent, and more than 60 percent of their students go on to college.

These schools and the problems they were meant to address are unique to New York City, but there are some clear lessons for other states and localities to consider when faced with seemingly intractable educational problems.

First, education is too difficult to leave to the experts alone. Good people can be found within and outside the school system. While talented school system teachers and supervisors, all unionized, formed the bulk of the leaders that created the new schools, they benefited from the support, guidance, and perspective of motivated community leaders and non-profit agencies with whom they partnered on school design.

Second, various approaches to schooling should be encouraged, not stamped out in the search for standardization. Some of the best new schools belong to a network that fiercely argues against reliance on standardized testing and whose students are given an exemption from some of the state’s required exams. Their students go on to college and perform well. Other new schools strictly follow testing standards and pursue more traditional teaching styles. Despite their different philosophies, both types have found success when led by talented and dedicated professionals.

Finally, while the city’s new schools are achieving admirable results, they have not created miracles. Large numbers of their students enter high school already behind, and they are not ready for college after four years of high school. Our nation’s misguided notion that all students must be prepared for college needs to be abandoned and students must be given an option to choose technical education or workforce preparation in their high school years.

Ray Domanico is a senior fellow at the Manhattan Institute and author of a recent report, “The Transformation of Public High Schools in New York City.” He wrote this for InsideSources.com.