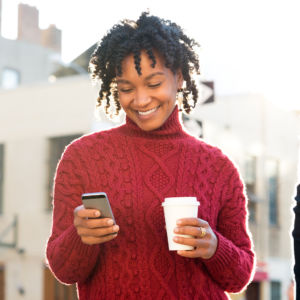 The Importance of Black Women in a Hostile Economy

Black women are uniquely disadvantaged in the workforce despite the critical role they play in the economy, argued lawmakers and experts during a discussion Thursday.

The Economic Policy Institute (EPI), a progressive research nonprofit, hosted the discussion to examine the state of black women in the economy. Democratic Reps. Keith Ellison and Bonnie Watson Coleman talked before a panel of experts who detailed how black women contribute to the economy and the problems they still face.

The panel of experts discussed the unique obstacles black women face economically – both systemic and otherwise. The experts also highlighted the many roles that black women play in the economy along with how collective action, advocacy, community-based solutions, and federal policy can help address the problems they face.

“What can be more important than making sure American families who have suffered literally decades of racial discrimination get the full measure of economic prosperity,” Ellison, who serves as a vice chairman on the Congressional Progressive Caucus, said. “So many of those families are led by black women. The challenge so often is we do live in a country with a severe racial wealth gap.”

EPI has closely followed the status of black women in the economy – including studies and panel discussions over the years. It found in a report last year that black women are paid only 67 cents on average for every dollar a non-Hispanic white man makes, even when education, years of experience, and location were taken into account.

“Obviously, we know that black women are critical to the economic success of their families, and they play a central role in our economy,” Coleman, who serves as the co-chair for the Congressional Caucus on Black Women and Girls, said. “Despite their vital importance to their families and to the economy, African American women face unique barriers that could undermine their ability to work and thrive.”

The panel examined a long list of obstacles that black women face and some possible ways to fix that. Black women, according to the panel, tend to have a higher burden of paid and unpaid tasks, have a relatively high labor force participation rate, and have been historically disadvantaged by laws that are meant to protect workers.

“So what can be better than to have a discussion about how to set forth a series of policies that make black women the priority, the center of the conversation, focusing on and lifting up black women?” Ellison said. “The goal is to really come up with a list of policy initiatives where we partner with the black caucus and the women’s black caucus.”

Black Women’s Equal Pay Day was also observed this past year to discuss the obstacles they face in the economy. EPI, labor unions, and other progressive groups utilized social media and research on July 31 to highlight the issue. The Center for American Progress held a panel discussion with several experts to mark how far into the year African American women must work to earn the same amount as white men did the year before.

The gender pay gap generally has been disputed by some critics over how much discrimination actually plays a role. The contested claim often misses nuances that could account for the difference. Lawmakers and researchers have put forth numerous solutions on how to address wage inequality generally. Some have suggested raising the minimum wage while others have looked at underlying economic concerns like productivity.