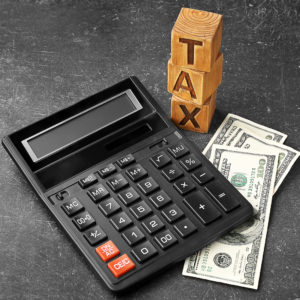 Could Iowa Soon Fix the Inequality Between How Banks and Credit Unions Are Taxed?

Amid a financial predicament where the State of Iowa is short approximately $34 million for the remainder of fiscal year 2018, and with state revenues rising at slower rates than anticipated, many groups, from legislators to industry leaders, are trying to find ways to both increase revenues while reducing costs for efficiency. This year, in addition to managing budget cuts, the Republican trifecta of the Senate, House, and governor’s office, have proposed state tax reform in order to help Iowa remain competitive for businesses and for families, while ensuring financial security for the state.

One proposal getting attention to help plug the fiscal hole relates to the inequality between how credit unions are taxed versus banks.

The Iowa Bankers Association (IBA) is publicly calling for a change to the way the state treats credit unions as compared to banks, arguing that if the net profits of just the state’s five largest credit unions could be taxed in any way, it would generate revenues for the state and show equality between the financial institutions and the average taxpayer.

Credit unions are non-profit entities that are not subjected to federal and state income taxes. They do, however, have to pay property, payroll, and sales tax, like other banks and businesses do. Under state law, credit unions do have to pay a monies and credit tax on the union’s legal reserves at a rate of 0.05 percent in order protect member investments. In comparison, Iowa banks have to pay property, payroll, and sales tax, as well as pay a five percent franchise tax, which differs from an income tax in that it allows a bank’s federal securities to be taxed as well.

In response, the Iowa Credit Union League (ICUL) believes that the Iowa banks are attempting to stifle credit union competition, after citing record profits seen by banks and that the banks control “nearly 90 percent” of the market.

According to the ICUL (which cites Credit Union National Association, National Credit Union Association, the FDIC, and the Iowa Deparment of Revenue), native Iowa banks control 95 percent of business loans, and have 86 percent of the state’s deposits, with seven banks reporting 25 percent of those deposits (Wells Fargo, U.S. Bank, Bankers Trust Company, Great Western Bank, Principal Bank, Hillsbank and Trust Company, and West Bank). According to recent FDIC data, over the last four years, the aggregate bank profits have gone from $813 million in 2013 to $958 million at the end of 2016.

On the flip side, according to National Credit Union Administration (NCUA) data, the five biggest credit unions in the state recorded $101 million in profits at the end of 2016, up from $87 million in 2012. The largest, The University of Iowa Community Credit Union (UICCU) reported approximately $56 million in net income in December 2016 (the most up-to-date data). The second and third largest credit unions, DuPaco Community Credit Union and Veridian Credit Union reported $18.5 million, and $18.7 million respectively. According to IBA President John Sorensen, if UICCU was subjected to the franchise tax that banks are, that would equate to approximately $2.8 million. In the most recent Senate budget cut proposal, $8.6 million is slated to be cut from the University of Iowa, where UICCU had its primary branch.

“Ask an Iowan whether they feel it’s appropriate to give a tax exemption to a financial institution that is making multi-million dollar commercial loans to major developers,” said Sorensen. “Is that someone who needs subsidization?”

Hupfer called Iowa a “high tax state” for credit unions, as “most” states don’t assess a tax on reserves. In response to the possibility of there being a tax on the largest credit unions in the state, Hupfer said the proposal is “pretty far out there.” The ICUL isn’t aware of any other states taxing credit unions with that method.

“If you look at Iowa law, what it tells us to do is serve as that democratically controlled not-for-profit financial cooperative and to serve the financial needs of all members,” Hupfer said. “That’s what it says, and that the credit unions in Iowa will serve geographic areas. It never has been that it has to serve a manufacturing plant. That’s been part of the law but that hasn’t been the only option. Nothing’s changed in Iowa code for decades. Credit unions are like every other industry, they evolve and grow and that’s what’s happening in Iowa. Credit union consumers value them and all that said, they’ve been in business for over a hundred years and we have five percent of the business loans and 14 percent of the deposits.”

Hupfer said the ICUL supports the tax code remaining as it is for Iowa banks and credit unions. Hupfer also pointed out that there are 183 banks in Iowa classified with the federal government as Subchapter S banks, who avoid $68.3 million in federal corporate income taxes, annually. A Subchapter S classification meets specific Internal Revenue Services requirements that give any corporation with 100 shareholders or less the benefit of incorporation while only being taxed as a partnership.

The IBA is currently advocating for legislation that would bring credit unions and banks under the same tax umbrella, in a scheduled format, so that smaller credit unions aren’t paying as much as larger credit unions. According to the ICUL, credit unions paid between $2-$3 million in monies and credits tax. In total taxes, Iowa banks paid $359.9 million.

Wall Street Is Using Your Money to Buy Virtue; Don’t Let Them

By Mandy Gunasekara on August 30, 2022
There is a new class of profiteers in the investment world, and you, the typical…
Read More