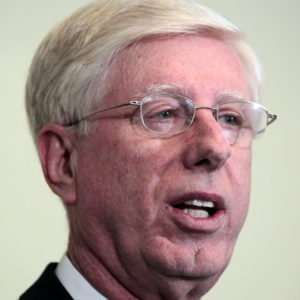 Iowa Democratic Attorney General Tom Miller, a fierce critic of the tobacco industry who was a leader in the $200 billion settlement with the industry in 1998,  released a statement this week supporting e-cigarette producer JUUL and its efforts to reduce the use of combustible (traditional) cigarette consumption to under 10 percent by 2022.

Currently, 38 million Americans smoke combustible cigarettes, 19 million of which will die from a smoking related disease. According to Miller, if those 38 million people switched from combustible to e-cigarettes, specifically JUUL, then the country could save between 10 to 12 million lives. Miller’s advocacy cites information from Public Health England, which has published research that e-cigarettes are “at least 95 percent less harmful than combustibles.” Miller said that there is a consensus among the public health and tobacco-control communities in England, and no one has successfully challenged the research.

Miller’s support for JUUL may be surprising, coming from a fierce critic of tobacco products. Miller expressed that while parents, community leaders, and lawmakers might have some concern over the efficacy of JUUL and its mission to convert combustible smokers, Iowa is not a state that is concerned about the company’s marketing practices and mission. Miller, in fact, expressed that JUUL is genuine in its business practices, as the company only sells its e-cigarette devices and packs to persons over 21 years of age. According to Miller, the use of JUUL appears to be concentrated in areas of higher socio-economic status, due to its high price and age requirements. Miller also cited the current statistics for adult smoking prevalence in 2017 was 14.1 percent, which is the lowest rate ever recorded, and continues to drop.

“The most plausible explanation for at least part of this dramatic decline is smokers switching from cigarettes to e-cigarettes, including JUUL,” Miller said in a statement. “Dropping  the adult smoking rate below 10 percent would be one of the most important public health achievements in decades.”

As for JUUL’s popularity to potential smokers under the age of 18, Truth Initiative — a nonprofit organization working to reduce youth tobacco consumption — found that just seven percent of teens between the ages of 15 and 17 have ever used a JUUL device. Truth Initiative, which counts Miller as its longest-serving board member, also found that of those using a JUUL device, a significantly higher proportion is used by those living comfortably in financial terms. Miller advocated for working with lawmakers and companies like JUUL to push current smokers to save their lives using e-cigarettes.

According to JUUL’s website, the organization uses ID scanners, similar to those used in purchasing alcohol, and supports legislation that prevents minors from purchasing their products. JUUL’s advertisements also do not feature underage minors and are targeted to age appropriate audiences.

By Ethan Stoetzer on January 05, 2018
The Iowa Department of Revenue anticipates Iowans’ tax liability to the state will increase with…
Read More
News