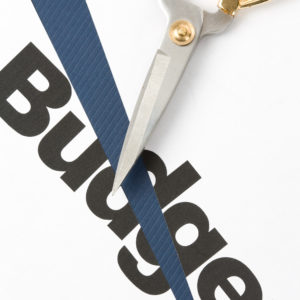 The Iowa Senate Appropriations Committee approved a bill that would cut the state’s remaining fiscal year 2018 (which ends June 30, 2018) budget appropriations by nearly $50 million, with more money redirected from special funds to the state’s general fund.

The state’s remaining fiscal year 2018 budget is approximately $34.7 million short, due to slower than anticipated revenue growth in the state, and stagnant-to-lower prices in the agricultural market. In order to avoid drawing more money from reserves and to keep the government running, the state must make cuts to the budget.

Dave Roederer, director of the Department of Management said that under Reynolds’ proposal, the state would ultimately need only $19.4 million in cuts, as the department is anticipating approximately $11.2 million in windfall from federal tax reform, as the results of the new tax code mean that Iowans will have a higher tax liability to the state. Roederer also said that the state is anticipating a Medicaid adjustment from the federal government which means that the state would have to spend less on the program. This proposal leaves the general fund with an ending balance of $3.6 million for fiscal year 2018.

According to the Senate appropriations bill, the committee won’t be relying on the $11.2 million in tax windfall to make up the difference for fiscal year 2018, and does not make Reynolds’ $10 million in cuts to to the Department of Human Services Medical Assistance budget. The bill also makes no cuts to K-12 funding, rather cuts $1.75 million from the Department of Education.

While the bill makes nearly $50 million in cuts, the bill also includes several line item transfers of appropriations back to the general fund for fiscal year 2018, including $7 million from the Iowa Skilled Worker and Job Creation Fund.

The case for such a large number of budget reductions is to create a buffer in case revenues continue to come in lower than currently estimated, and so money does not have to be borrowed or cut, again, according to Republican legislators. The state already borrowed and owes $13 million from a transfer from emergency accounts in 2017.