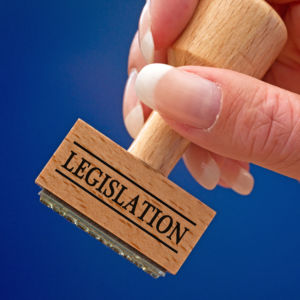 Members and committees within both Houses of the Iowa Legislature submit authored bills, daily, for consideration before going to committee, and then on to the Senate or House floors for vote. Over 36 bills were submitted on January 10. Below are some impactful bills pertaining public safety, elections, health care, and education. These bills have not been voted on or approved and are not enacted into legislation.

Public Safety
House Study Bill 520: This bill prohibits a physician from prescribing more than a seven-day dose of opioids to patients, unless those patients are suffering from chronic pain, receiving end-of-life care, or receiving treatment in a hospice program, hospital or nursing facility. If there’s a violation of this bill, then the physician is charged with an aggravated misdemeanor, punishable by a fine of at least $625, but not more than $6,250. Proposed by Rep. Clel Baudler (R), Chairperson of the House Committee on Public Safety.

House Study Bill 512: This bill prohibits the state from using automated and remote forms of traffic enforcement (a camera or other optical device to work in conjunction with an official traffic control signal) that leads to the issuance of citations sent through the mail or electronically. For devices that are currently in use, the bill states that they must be removed by July 2018. All fines issued up until July 2018 must be paid accordingly, however. Proposed by Rep. Jake Highfill (R), Chairperson of the House Committee on Local Government.

Elections
House File 2016: This bill would require any candidate running for public office to receive 50 percent of the vote from eligible voters in order to be elected. Otherwise, the vote goes to a runoff election where the two candidates with the highest percentage of votes run again. Additionally, the bill would require candidates or their candidates’ committees to pay for administering any elections that they participate in. Any runoff elections must be paid for by the candidates personally. The bill would also require that any registered voter who does not cast a ballot on a public measure, constitutional amendment, or constitutional convention be counted as having voted against that measure, amendment, or convention. Proposed by Bruce Hunter (D).

Senate File 2032: This bill allows for the Iowa Department of Transportation to share information used for applying for a driver’s license with the Iowa Secretary of State to register drivers to vote in their corresponding county and district. The information is then verified by the corresponding county commissioner of voter registration who then notifies the driver that they will have 21 days to decline registering to vote or declare political affiliation, before the county automatically registers them to vote. Presented by Sen. Pam Jochum (D).

Education
House File 2005: This bill calls for the inclusion of education of organ and tissue donation to the state’s human growth and development coursework. Proposed by Mary Mascher (D).

Senate File 2029: This bill calls for the state board of education to consider including “age-appropriate” content in sexual abuse and sexual assault awareness and prevention in the statewide health literacy academic standards, and 21st century learning goals. Any student whose parents would like them removed from the course will be allowed to be removed from the course. Proposed by Sen. Pam Jochum (D).

House File 2006: This bill would require the Department of Public Health (DPH), the Iowa High School Athletic Association (IHSAA), and the Iowa Girls High School Athletic Union (IGHSAU) to develop training materials and courses regarding concussions and brain injuries. The bill requires each coach or contest official to complete such training at least every two years. The bill also requires the DPH, IHSAA, and IGHSAU to work together to distribute the centers for disease control and prevention guidelines, and other pertinent information to coaches, students, and the parents and guardians of students of the risks, signs, symptoms, and behaviors consistent with a concussion or brain injury.

The bill would mandate that a student be immediately removed from participation in an extracurricular interscholastic activity if the student’s coach, contest official, or licensed health care provider observes signs, symptoms, or behaviors consistent with a concussion or brain injury. To follow up, the organizations would need to develop a return-to-play protocol where a student can gradually return to the activity.

As long as a school district employs a coach, athletic official or healthcare professional versed in the protocol at an extracurricular interscholastic activity, the district will not be liable to any claims for injuries or damages. The bill goes further to say any licensed health care provider that provides care without compensation for a school district or accredited nonpublic school under the new law shall not be liable for any claim for injuries or damages arising out of such care, except for acts or omissions which involve intentional misconduct or knowing violation of the law. Proposed by Megan Jones (R).