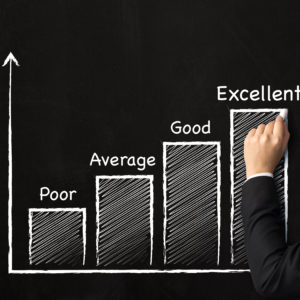 The Iowa Business Council (IBC) released its annual, non-partisan Competitive Dashboard this week, illustrating Iowa as on-pace, or ranking average, compared to the remaining 49 states when it comes to conditions for business success. The IBC’s Competitive Dashboard is an annual, illustrated report that measures several business, economic, educational, and health indicators to provide policy recommendations to lawmakers and stakeholders in industry. The report’s data is based off 2017 records.

This year’s Competitive Dashboard measures five categories of indicators, with Iowa ranking average in four of them, and ranking “poor” in diversity and demographics.

“It will come as no surprise that Iowa continues to rank poorly among states in regards to increasing the size and diversity of our population,” the Competitive Dashboard says. “Growing our overall population is critical to increasing school populations, attracting a workforce, and expanding state revenues.”

The two sub-indicators in which Iowa scores the worst in are total population and the ethnic diversity of the state’s population. According to the Competitive Dashboard, Iowa ranks 30th in the nation (ranked 30 in 2016) for population size, at approximately 3.13 million (approximately 3.12 million in 2016). In terms of ethnic diversity, Iowa ranks 46th in the nation (tied with Montana; ranked 46 in 2016), with a diversity rate of 13.6 percent, up 0.4 percent from 2016. While the median age and net overall migration of individuals in the state have remained at an average rate when compared to other states, Iowa’s standings have increased from base year rankings. The Competitive Dashboard states that the positive changes in both metrics mean that the state’s population is remaining stagnant, though becoming younger.

“I think today we all talk about how our population hasn’t grown but people have not necessarily come forward with solutions,” said Georgia Van Gundy, executive director of IBC. “And so I think it’s time, similar to what [the state] did with Future Ready Iowa, time to get public and private folks together to talk about what are some strategies that we can start developing that will help attract people back to the state and diversify our population.”

Van Gundy said that the IBC is conducting its own research in the field of bringing back exported potential entrepreneurs and workforce that have left the state by examining neighboring states. She referred to a previous partnership between businesses and economic developers in the state that came together to create a strategic marketing plan for those outside the State of Iowa to attract individuals, and believes that such a partnership is needed going forward to overcome this obstacle.

Other areas of improvement for the state, according to the Competitive Dashboard, pertain to increasing the amount of jobs in the state that require Bachelor’s degrees or higher, as well as helping potential employees take advantage of educational opportunities in order to continue advancing in careers. According to the Competitive Dashboard, though Iowa is top four in the nation for high school graduation rates, the state ranks 34th in the country for those having a bachelor’s degree or more (28.4 percent). The Competitive Dashboard states that the state needs more public-private partnerships and more programs that help increase the education levels of the workforce to allow individuals to advance.

Van Gundy said that the IBC, on its own, pledged to create 30,000 internships and externships between 2018 and 2025, which she said will help bring Iowans into the workforce, and into careers that they can continue to advance in.

The Competitive Dashboard also highlights that current economic and government conditions don’t necessarily make Iowa competitive for businesses, from small businesses to large corporations. The main highlight is the fact that the highest corporate tax rate in Iowa sits at 12 percent. A recent proposal from Senate Republicans would lower that top rate down to seven percent. Van Gundy said that the new proposal would help make Iowa more attractive for businesses to come into the state, but that there is also more that can be done as pertains to tax legislation that can help businesses.