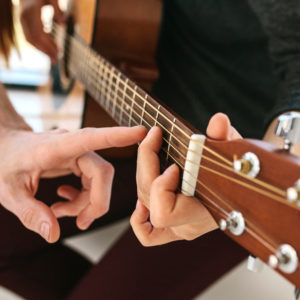 Iowa will join 22 other states as a result of the State Board of Education’s adoption of Pre-K-12 fine arts standards early this November.

The standards, part of the National Core Arts Standards (NCAS), cover five different areas of the fine arts including: dance, media arts, music, theatre, and other forms of visual arts.

“Really this process came from support throughout state,” said Stacci Hupp of the Department of Education. “There’s been a call for quite some time for fine art standards in Iowa.”

Back in 2013, former Iowa Governor Terry Branstad issued Executive Order 83, calling for a review of the state’s academic standards to receive feedback about their success in Iowa schools. In 2015, the first phase of the process began with updating the state’s science standards, and now encompasses social studies, English language arts, mathematics, and 21st Century skills (employability skills, civic, financial, health, and technology literacy). Hupp said that while there were no actual standards for fine arts in Iowa at the time of Branstad’s order, the action by the former governor initiated conversation about having recommended standards (those outside of the aforementioned, required standards) in addition to required standards in the state.

With the state’s adoption of the standards, fine arts marks the first set of non-required standards in the state, and makes state 50 out of 50 with fine arts standards.

In February 2017, Director of the Iowa Department of Education (DOE) Ryan Wise assembled the Fine Arts Adoption Team of 22 educators in all avenues of the arts, and across all levels of education, and colleges. The team met four times leading up to June 2017 to review the NCAS, which were developed by the National Coalition for Core Arts Standards (NCCAS) back in 2014.

According to the team’s final report, fine arts standards weren’t initially part of national education standards until 1992, when a grant from the U.S. Board of Education, the National Endowment for the Arts, and the National Endowment for the Humanities helped craft voluntary standards for the fine arts. This resulted in the National Standards for Arts Education (1994), setting achievement expectations for students in the fourth, eighth, and twelfth grades. The NCAS is an updated version of the 1994 standards, with the added 2005 Standards for Learning and Teaching Dance in the Arts, assembled taking into account the Common Core State Standards as pertains to English language arts.

Ronda Sternhagan, a co-facilitator of the Fine Arts Adoption Team, as well as a 26-year educator of visual arts and current teacher in Grundy Center, Iowa, said that while the process technically kicked off this year, the process of getting fine arts standards to be taken seriously in Iowa began approximately 10 years ago. An “ad hoc team” of educators had been “trying to get a seat at the table” to get standards, Sternhagan said.

“For a while we kind of hit roadblocks,” Sternhagan said, “with, you know, it was always ‘now’s not a good time,’ ‘now’s not a right time.’”

Sternhagan said that when the state then wanted to implement standards for 21st Century Skills, educators took advantage of the opportunity to show the DOE that the fine arts would be able to teach those skills.

“It wound up being really well received by educators out there,” Sternhagan said.

The fine arts standards are based in four artistic processes: creativity, responding, presenting, and connecting. According to the final report delivered by the Fine Arts Adoption Team, “the team did not to make any large-scale changes to NCAS except for minor edits in the areas of general music and theater. These changes were focused on eliminating redundancy and improving clarity.”

“The thing about those four overarching concepts means that all of the fine arts have common language,” Sternhagan said. “What I’m doing in visual arts may be making sense to kids who are in vocal or theatre, because we’re using common language.”

For each of the five subgroups of fine arts, these four artistic processes remain the same, differing only in their “anchor standards” which are the components that make up each fine art discipline. For example, for the music standards surrounding the “creative” process, students will go through modules surrounding essential questions, such as, how do musicians generate creative ideas, how do musicians make creative decisions, how do musicians improve the quality of their work, and when is creative work ready to share? Each grade level works to answer these questions by introducing different musical qualities that will guide the students’ knowledge of music (i.e. learning rhythm, tonality, arrangements, improvisation, etc.)

Some might think that its challenging to grade art or build a curriculum around the artistic process, considering every student creates in a different way, but Sternhagan believes that having the standards actually helps students develop their own process.

“One of first things I tell my students with a new class is I don’t expect all your stuff to look the same,” Sternhagan said. “If there are 26 students in math, probably all 26 will arrive at same answer; there are 26 and beyond right answers in the arts. It’s a building process, everyone moves at different pace, every student has that drive.”

Ahead of its decision to follow through with the adoption of the standards, the Fine Arts Adoption Team held several public forums, as well as posted an online survey for the public to respond to. According to the survey, which had 1,500 respondents, 86 percent of the responders agreed that statewide standards would improve learning for Iowa students. A total of 95 percent of respondents either strongly agreed or agreed that having the four aforementioned artistic process as part of the standards is relevant to fine arts education. It’s important to note that 68 percent of the survey’s respondents were teachers, and survey takers could skip questions.

As to implementation of the standards, the decision will be left up to individual districts to decide, and each district can build a curriculum surrounding those standards if they so choose.