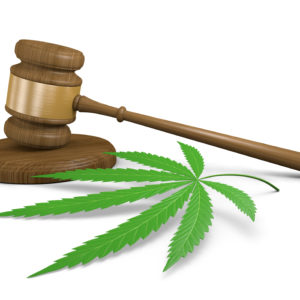 A bill that reduces the severity of the sentence for possession of marijuana has been approved by an Iowa Senate Subcommittee, with recommendations for the legislation to pass.

Senate File 432 reduces the crime classification for possession of up to five grams of marijuana, or less, from a serious misdemeanor offense, down to a simple misdemeanor offense. Simple misdemeanors in Iowa are punishable by up to 30 days in jail, or a minimum fine of $65 (not to exceed $625), or both. Previously, under serious misdemeanor classifications, violators of the law would be sentenced to six months in prison or a fine of no more than $1,000. The bill’s draft was first circulated during the 2017 legislative session, but active steps are being taken on that legislation during the 2018 session.

According to data from the Iowa Legislative Services Agency (ILSA), obtained with the intent to pass the sentencing reform bill in 2017, there were 3,399 convictions for first-time marijuana possession in fiscal year 2016. A closer look at the data states that of the first time offenses for marijuana possession, 50 percent (approximately 1,700) involved the possession of five grams or less. Of that 50 percent, a total of 75 percent used the resources of a state public defender.

If the sentence reform bill were to have been passed in 2017, ILSA predicted that there would have been 850 fewer serious misdemeanor convictions in fiscal year 2018. In fiscal year 2019, that number would escalate to 1,700 fewer serious misdemeanor convictions. The ILSA states that the difference in numbers is due to the agency accounting for a six-month lag time between bill entry and implementation.

In terms of dollars, with a reclassification the state could have seen a net savings of $66,500 in fiscal year 2018, and $125,800 in fiscal year 2019. In terms of a breakdown by county jail, the ILSA couldn’t estimate an exact number due to a lack of recorded data, but did estimate that the marginal costs saved to county jails could be $15 per day.

ILSA also forecasted that with reclassification would come a positive impact for minority communities, but did not give real number anticipations. According to the data, however, in fiscal year 2016, of the 3,399 convicted first offenses for marijuana possession, 18 percent of the persons convicted were African-American (approximately 612 convictions). According to the U.S. Census Estimate as of July 1, 2015, 3.5 percent of Iowa’s population was African-American.