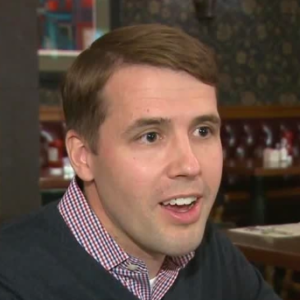 It’s Official: Pelosi Goes from 0-9 to 2-0 With New Hampshire Democrats

During the early days of the New Hampshire First District Democratic primary, none of the (at least) nine congressional candidates would commit to supporting former Speaker of the House Nancy Pelosi’s return to power if, as expected, their party took control of the chamber.

Eventually, just one of the candidates, state rep. Mark MacKenzie, would publicly endorse Pelosi for speaker before the primary vote.

He came in eighth.

The eventual nominee, Democrat Chris Pappas, then spent the entire general election dodging the issue in his campaign against Republican Eddie Edwards.  Pappas won handily on November 6th, but weeks later still refused to reveal his intentions regarding the leader of his caucus.

This morning, Pappas finally announced what many NH pundits suspected was true throughout his campaign: #HesWithHer. He will join his fellow New Hampshire Rep. Annie Kuster and vote for a return to the Pelosi era.

“After careful consideration and discussion with many constituents and future colleagues in Congress, I have decided to support Nancy Pelosi for Speaker of the House,” Pappas said in a statement released today.   “I believe she is best equipped to lead the House at this point in our history.

“My conversations with her convinced me she will lead with fairness and empower the incoming class to play a significant role in the work ahead. We must get down to doing the people’s business quickly, and we should start by reforming the way Washington works, lowering the cost of health care and creating an economy that allows everyone to succeed.”

“I will work with anyone, anywhere to do what’s right for the New Hampshire district I represent, and I will stand up to anyone—from President Trump to leaders in Congress—when they’re wrong.”

Despite the fact that the movement to stop a Pelosi speakership has been led by his fellow centrists in the party, a low-key moderate like Chris Pappas was always an unlikely rebel. In the primary, he ran against a field of strong women candidates for the chance to replace a Congresswoman, Carol Shea-Porter, in a state that currently has an entirely female federal delegation.

A vote against the first-ever woman Speaker–or any powerful woman, for that matter–was never in the cards.