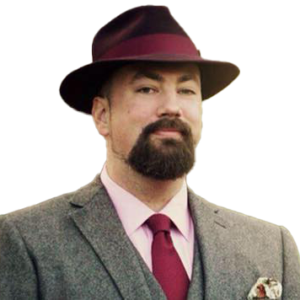 Rep. Jason Osborne (R-Auburn) will be the New Hampshire House Majority Leader when the new session begins, NHJournal has confirmed.

Osborne, a four-term state rep, served as the Republican policy leader for the caucus this past biennium. Sources tell NHJournal Osborne helped bridge the divide between the caucus’ many factions, which led to a record-setting 77 sustained vetoes, squashing many Democrat priorities – including higher business taxes, an increased minimum wage, and a slew of gun-control bills.

“Over the last two years, we have seen exciting developments in the House Republican caucus,” Osborne tells NHJournal. “We saw Republicans stick together on vote after vote to protect New Hampshire from the destructive policies put forward by Democrats.

“It has been my great pleasure to assist Leader Hinch in the endeavor to advance the culture of our caucus and to experience the results we have achieved.”

Osborne comes with plenty of conservative bona fides. Americans for Prosperity New Hampshire awarded him the Defender of Liberty award in 2019 and scored him as an A+ on their scorecard. The House Republican Alliance gave Osborne a 99.1 percent, a 99.0 percent, a 97.0 percent, and a 100.0 percent score over the past four years.  The New Hampshire Liberty Alliance scored him as B+, B+, A+, A+, and A- over the past five years, as well.

Hinch picked Osborne to lead the effort to get the Merrimack Republican the votes needed to be named Speaker, and Osborne was also Hinch’s Vice-Chair on the Committee to Elect House Republicans, which reported record fundraising and candidate support this cycle. While multiple NHGOP sources have confirmed Osborne’s future position, both he and incoming Speaker Hinch weren’t quite ready to cross that line yet.

“If asked by Speaker-apparent Hinch to serve as Majority Leader, it will again be my great pleasure to show what can be achieved by Republicans who stand united and to break even more records in the 2022 campaign season,” Osborne says.

And Hinch added, “If a Speaker were to choose Rep. Osborne as Majority Leader, it would be an absolutely brilliant selection, galvanizing the caucus and providing steady leadership.”

Like Hinch, House Republicans sound enthusiastic about the choice.

“Jason Osborne is both a smart consensus candidate and a leader in the liberty movement who has a proven ability to work with Republicans from all political corners,” says Rep.-elect Ross Berry, who is also a former Executive Director of the NHGOP. “As the House Republican Policy leader, he helped champion conservative policies and upheld almost every single one of Governor Sununu’s vetoes.”

And a member of the House Freedom Caucus told NHJournal, “Over the past two years, we’ve seen our caucus more united than ever. That’s thanks to the leadership team Hinch put together, and Republican Policy Leader Jason Osborne was a key member. He will make a great Majority Leader and help Hinch drive forward our key policy positions and initiatives.”

Osborne’s greatest challenge will be keeping his paper-thin majority intact on key policies the GOP hopes to advance: repealing the tax triggers instituted in the last budget, cutting Meals & Rentals Taxes, Education Freedom Accounts, and major spending cuts. The state faces a budget deficit in the hundreds of millions of dollars due to the impact of COVID-19. Republicans were successful in sticking together in the minority. Unity will be even more important in the majority if their goals are to be met.

Under normal circumstances, these initiatives are tough to get through even under a GOP majority – with the “attendance majority” the party has this year, keeping everyone on the same page is imperative.