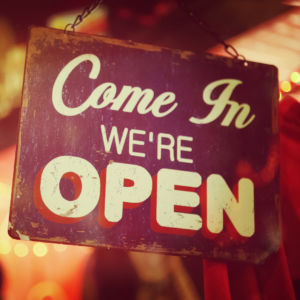 The U.S. economy continued its upward trend by gaining an additional 156,000 new jobs for the month of December, according to a federal report Friday.

The economy has improved greatly since the last recession almost a decade ago. The slow recovery and number of people out of the labor market, however, has raised concerns. The Bureau of Labor Statistics (BLS) found in its latest monthly jobs report the upwards trend continued with 156,000 new jobs.

“Total nonfarm payroll employment rose by 156,000 in December, and the unemployment rate was little changed at 4.7 percent,” the report stated. “Job growth occurred in health care and social assistance.”

The economy has been in a good position when in comes to the employment rate. It has even managed to reach close to full employment. The slow growth and other market indicators, however, have shown there is plenty of room for improvement.

“The labor market has been tightening,” Conerly Consulting President William Conerly told InsideSources. “We’ll get an unusually good month and an unusually weak month but the trend is upwards in terms of jobs. A number of cities around the country are finding the labor markets especially tight. Not enough people for the job openings.”

The employment rate is just one indicator for determining how the economy is doing. Market indicators elsewhere have not been as positive. The labor force participation rate, for instance, has fallen considerably since the last recession even with the steady job growth in recent years. The participation rate now sits at 62.7 percent.

“The problem is we started with people out of the workforce at about 80 million in 2007, 2008 when Obama took over,” World Marketing Inc. President Gene Aldridge told InsideSources. “We’re now at 94 million people. So, we have to make up for those people that are not in the workforce and try to get back to at least that 80 million or less.”

The labor participation rate tracks the number of employed and those actively seeking work as a percentage of the total population. The participation rate factors in those who have suffered long-term joblessness. Conerly is hopeful that the tight labor market may encourage some people who have suffered from long-term joblessness.

“Some of what I expect to be happening is, people who have previously been too discouraged to even look for work are going to come out and hear jobs are available and start looking for work,” Conerly said. “So the unemployment rate may not go lower but the number of jobs created will be strong.”

President-elect Donald Trump campaigned on a jobs-focused message during the election. His presidency, however, may face an employment slowdown at the beginning as companies adjust to the new administration and determine which direction he will take the economy.

“I am forecasting a slowdown in the coming months,” Conerly said. “That change in direction is not yet clear in the data. I am expecting businesses to be very cautious about their capital spending and their expansion plans, especially among those businesses that are involved in international trade or that use a lot of immigrant workers.”

Conerly notes the adjustment period will likely pass once the direction of the economy under the new administration becomes clear. Trump has pledged to lower the corporate tax rate and reduce regulations which are both good for businesses. His stance on immigration and trade, however, could make some businesses uneasy.

“It’s not so much that the new administration’s policies are going to be catastrophic but there is so much uncertainty about trade deals and enforcement of immigration laws,” Conerly said. “In six months time we’ll probably figure out what the new policy is and then business continues as normal.”

The last recession was sparked by the subprime mortgage crisis and the financial crisis of 2007. President Barack Obama has overseen the recovery throughout his entire administration. It left a lot of people out of work or in jobs below their usual income levels.

The Gross Domestic Product (GDP) last year showed a positive increase after being stuck around one percent. The Bureau of Economic Analysis found it jumped to 3.5 percent in the third quarter. GDP tracks the total dollar value of all goods and services produced over a specific time period.

Healthcare saw the most significant increase of new jobs at 43,000 followed by social assistance and food services. Mining employment numbers changed little in November. Mining has decreased by 220,000 jobs since reaching its peak in September 2014.

Average wages increased by 10 cents and now sit at $26.00 for the month of October. Wages in recent months have shown slow, but positive growth. The jobs report does not include farm workers, private household employees or nonprofits.