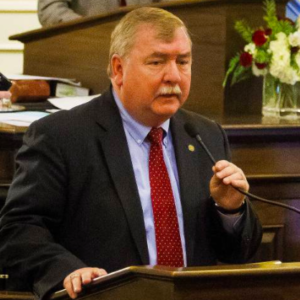 “Just Call the Roll!” NHGOP Pushes Back Against Costs of Reconvening Legislature

Posted to Politics May 15, 2020 by Christopher Maidment

Today the New Hampshire House of Representatives and Senate announced they are returning to legislative sessions on June 11, nearly three months after they last convened. While there’s bipartisan support for the legislature getting back to work, Republicans are calling out what they believe are unnecessary expenses and misplaced priorities.

Committee and commission meetings will continue remotely for the time being. To ensure the safety of members, staff, and the public, the Senate will meet in Representatives Hall, and the House will meet at the Whittemore Center at the University of New Hampshire in Durham, legislative leaders announced.

“When we temporarily suspended legislative activities in mid-March, no one knew how long the state of emergency would last,” House Speaker Stephen Shurtleff and Senate President Donna Soucy said in a statement. “We made the best decision we could to protect the health and safety of our members, our staff, and the public. We are proud of the work state representatives and senators have done during this time assisting constituents who have been impacted by this crisis.”

House Calendar 20 contained the announcement of the June 11 return. It also laid out a mandatory mask policy for House members, temperature checks, and a reminder that UNH prohibits firearms on campus.

Terry Pfaff, Chief Operating Officer of the General Court, sent a letter to leadership on May 5 outlining numerous unbudgeted expenses related to the COVID-19 pandemic. To date, the General Court has expended more than $72,000 on the crisis, including $13,000 for infectious disease consultant fees. He also reported $40,000 spent on professional disinfection of the State House and Legislative Office Building.

Pfaff anticipates additional expenditures of more than $200,000 to enable legislators to conduct business, and he requests the costs be reimbursed by CARES Act funding.

“I’m vehemently opposed to prioritizing $200,000 or more in COVID-19 relief funds for technology when all you have to do is have the Clerk of the House call the roll. We stand up and get counted,” said Republican House leader Dick Hinch (R-Merrimack).

“That’s what we did 20 years ago, why not today? To put this expenditure ahead of funding for food banks or PPE is unconscionable,” Hinch added.

Hinch told NHJournal he has no problem with UNH requiring masks on campus. “That’s fine,” he said, “But N95 masks need to be prioritized to first responders. We need basic masks, cloth masks, Trump masks–whatever! Not N95 masks.”

“I have to wonder whether our doctors and nurses in the frontlines of this pandemic consider this a wise use of scarce N95 masks,” Rep. William Marsh, MD (R-Wolfeboro) said, while citing the increased spread of the virus indoors. He requests a reconsideration of the venue. “We would be much safer if the House met outdoors, such as at the playing fields,” Marsh said in an email to Speaker Shurtleff.

“Once again, Democrats show their distrust not only for the citizens of New Hampshire, but their colleagues who have the full trust of their constituents,” added Representative Mike Sylvia (R-Belmont).

“The New Hampshire House has 400 members, many above age 60, and clearly cannot meet in the House chamber given the current conditions. New Hampshire has received nearly $2 billion in federal funds to help the state function through the pandemic and spending a tiny fraction of those funds on a system to allow safe meetings of the legislature is perfectly reasonable. The Republican leader should cool off and take a walk outside, but be sure to wear a mask to protect the health of himself and others.”

Rep. John Burt (R-Goffstown) wondered what the punishment would be for failure to follow UNH requirements. “What is the penalty for not wearing the mask correctly or saying no thank I do not want a mask?”

He called mask-wearing a “false sense of security,” and added, “just wash your hands for 20 plus seconds correctly and stay six feet away from people.”

The House has not met off-site since the Civil War. The upcoming session raises questions about some House rules and under whose jurisdiction members will fall.

House Rule 63, the rule amended to prohibit firearms in House chambers, may not apply at the Whittemore Center, according to gun rights advocates. But UNH also has a prohibition on guns on campus, which has reignited last January’s debate over House rules.

On Twitter, the House Clerk asserted that “[w]hen we are in the Whittemore Center, it is the House Chamber.”

JR Hoell, a former representative from Dunbarton, told NHJournal, “the UNH policy is a blatant violation of state statute.” Hoell, also on the board of the New Hampshire Firearms Coalition, suggesting UNH is relying on “lousy case law” to enforce its prohibition, and says UNH is a political subsidiary of the state.

“They are a land grant institution created by the legislature, and New Hampshire taxpayers fund 6 percent of their operating costs,” Hoell continued. “They are a public body.”

Burt, one of the most outspoken against the rule change last January, says he’s more afraid of “Gun-Free Zones” than the coronavirus.