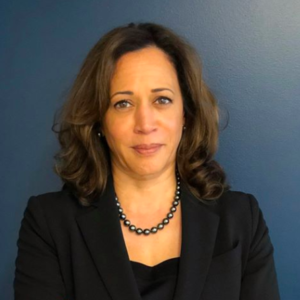 When Massachusetts Sen. John F. Kennedy ran for president in 1960, he defended Catholics and their place in American public life.  “If this election is decided on the basis that 40 million [Catholic] Americans lost their chance of being president on the day they were baptized, then it is the whole nation that will be the loser,” Kennedy said during his campaign, rejecting the suggestion of a religious test for public service.

Fast-forward to today where likely 2020 POTUS candidate Sen. Kamala Harris (D-CA) is suggesting exactly that.  As a member of the Senate Judiciary Committee, Sen. Harris questioned a judicial candidate’s fitness for the bench due to his membership in the Knights of Columbus.

“I wish I could say I was surprised,” Chuck McGee, head of the Concord, NH Knights of Columbus, told NHJournal. “These are the struggles that Catholics are subjected to, it’s what we experience.  Our religious beliefs are under attack.”

Questioning a public servant’s religion may be ugly and perhaps even unconstitutional. But could it also be smart Democratic primary politics in the key First-In-The-Nation state of New Hampshire?

She also attacked the Knights for supporting traditional marriage and asked “Were you aware that the Knights of Columbus opposed marriage equality when you joined the organization?”

Sen. Harris’s implication is clear: If you believe the Catholic Church’s teachings on abortion and same-sex marriage, you may not be fit to hold a public office like a judgeship.  And she’s not alone. Sen. Mazie Hirono, another Democrat on the Senate Judiciary Committee, called the Knights of Columbus “extreme” and asked Buescher if he would “end his membership to avoid any appearance of bias.”

“It’s very troubling. It’s a matter of singling out members of Catholic faith,”  NH State Deputy for the Knights of Columbus Glenn Camley told NHJournal. “Many other faiths, including Islam, have similar teaching on life and marriage. It’s not the theology. They’re making an example out of Catholics.”

Camley joined other KoC members, including the national leader Carl Anderson in pointing out that their organization was formed in part to confront anti-Catholic bigotry from organizations like the KKK.

In a message to his membership on Thursday Anderson said “such attacks on the basis of our Catholic faith are hardly new.”  He rejected the notion that the Knights are upholding some unusual view or alternative dogma that might raise questions about their organization. “Simply put, our positions are now, and have always been, Catholic positions.”

In other words, Sen. Harris’s criticism of Judge Buescher is a critique of every traditional, practicing Catholic in New Hampshire. And it’s a critique Catholics like NH state representative (and Fourth Degree Knight) Walt Stapleton have come to expect.  “So anti-Catholicism raises its ugly head in American politics—what else is new?” the Claremont Republican told NHJournal.  “Sen. Harris’s pejorative questions for a Catholic nominee certainly reflect that.”

Several commentators, including Rev. Eugene F. Rivers III of the Seymour Institute for Black Church and Policy Studies, have pointed out that Harris’s approach could be viewed as unconstitutional. “There is no place for a religious test like this in our country,” Rev. Rivers said. “Our constitution forbids it and elected leaders should know better than to try to impose it.”

But elections aren’t won or lost on constitutionality. They’re won with votes. Practicing Catholics in New Hampshire may have a legitimate complaint about Sen. Harris’s views, but will they hurt her in the First-In-The-Nation primary voters?

“No, it won’t hurt her,” Democratic State Sen. Lou D’Allesandro told NHJournal.  D’Allesandro, viewed as a key player in the New Hampshire Democratic POTUS primaries, is a Third Degree Knight himself, but he doesn’t see a political downside for Sen. Harris. “The day when the Catholic Church played a major role in our elections has passed.”

The data appear to back him up.

According to a 2014 Pew Research survey, New Hampshire is one of the most secular states in the country. Fewer than half of all residents ever attend a worship service and only 33 percent of Granite Staters say religion is important in their lives.  And while Massachusetts may be considered a hub of Catholicism, just 26 percent of New Hampshire residents call themselves Catholic. The largest religious identification in the Granite State?

And that’s the state as a whole. In a UNH poll of Democratic primary voters in the 2012 cycle, 61 percent said they rarely/never attend church. Only a third of white Democrats nationwide believe in the biblical concept of God, according to a Pew Research Survey taken last year, far below their GOP counterparts.

“I was speaking to one of our Michigan members and he was extremely upset,” Krueger said. “Non-Catholics don’t realize how much the Knights of Columbus are a part of our Catholic community.”

“Our supporters are very liberal,  very Catholic and–the party should remember– strong Democrats.”  Krueger points out that, while New Hampshire is secular, “a small shift in the Catholic vote in states like Michigan, Wisconsin and Pennsylvania in 2016 would have made Hillary Clinton president today.”

But to get to the swing states in November, you have to win early primary states like New Hampshire.  And in a state where the Democratic candidates for governor took the most extreme pro-choice positions—including support for taxpayer-funded, late-term abortions—it may make more sense to confront the Catholic church than reach out to its members. However unpleasant practicing Catholics in the Granite State might find it.

“Our order has a strict no-politics policy,” Camley says. “We have Republicans, Democrats, Independents. We’re just a group of Catholic men trying to help the community. We do food drives, we support the Special Olympics.  We’re not ‘extreme.’ We’re your neighbors.”

How far has the political landscape shifted since the JFK era? Kennedy, who won the 1960 NH Democratic POTUS primary with 85 percent of the vote, was himself a Fourth Degree member of Bunker Hill [MA] Council No. 62.

The voters who will pick the Democrats’ 2020 nominee, on the other hand,  are secular, they’re pro-choice and they’re pro-gay-marriage.  Being anti-Catholic isn’t necessarily a bug for Sen. Harris. It could be a feature.