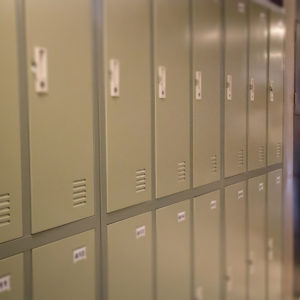 Kansas Forges Ahead on School Redesign Amid Budget Battle

Drawing inspiration from America’s Cold War dare to put a man on the moon, educators in Kansas are in the early stages of executing a plan designed to catapult the state’s middling education system to one of the strongest anywhere. The program, “The Kansas Can School Redesign Project,” is heavy on many of the areas of emphasis buzzing around education policy circles: personalized learning, project-based learning, social and emotional development, Kindergarten readiness, high school graduation, community partnerships, and career preparedness. However, a budget fight which has cast a pall over the state’s education system in recent years is still being litigated, and some worry that the state’s proposed solutions will leave fundamental problems unaddressed.

Randy Watson, a former school superintendent, is Kansas’ education commissioner and the animating force behind the school redesign initiative. In a telephone interview with InsideSources, Watson described how the state education agency started two years ago by gathering extensive public feedback.

After talking to Kansans, a state task force developed the vision “that Kansas would lead the world in the success of each student,” said Watson. “With that, they came up with a new definition of a successful high school graduate, which included skill sets that went beyond the academic.”

After an application process, seven school districts were accepted into the state’s pilot program this summer and have been dubbed “Mercury Schools,” after the original Mercury Seven astronauts that piloted NASA’s first missions into space. Each of the districts are working to design a total overhaul of school functions in time for a 2018-2019 school-year implementation. To assist in those efforts, Watson is deploying two full-time staffers to embed within the districts and lead planning sessions. An additional 21 districts have been labeled “Gemini Schools” and are also being encouraged to participate, though they won’t receive the same hands-on assistance from state officials. Ultimately, Watson hopes to scale the program statewide in the next eight years.

Participating schools are being encouraged to rethink how students fit within the education system. While the details are still being filled in—and approaches are being tailored to the needs and cultural contexts of local communities—certain principles and areas of emphasis have been delineated by state officials. According to Watson, the goal is transition to a student-centered approach in which a student’s post-graduation plans and aspirations are weighed heavily, and in which accountability extends beyond rudimentary test-score measurements.

For an education reform plan as ambitious as Watson’s, there are bound to be obstacles. It takes students more than a decade to transition through the public school system, and the education commissioner acknowledged that systemic change will not occur overnight. Currently the state is collecting baseline data, and while some intangible benefits may crop up sooner, Watson expects a four to six year time horizon for the programs to fully take effect within the Mercury pilot schools.

If the state wants to surge ahead and compete with the best systems globally, it has its work cut out for it. Kansas’ school system ranks in the middle of the pack according to the Nation’s Assessment of Educational Progress, and was awarded a “C” by Education Week’s most recent Quality Counts report.

Another major complication is money. A fiscal crisis in Topeka has led to a serious budget crunch that has cut deeply into education budgets, particularly since the recession. Some point to stagnant wages as a primary driver for the state’s teacher shortage. A compromise school funding formula—which does increase the state’s education budget by a few hundred million dollars—was passed this summer, but the deal’s fate still awaits a verdict from the State Supreme Court. Public school advocates in the state are pushing the courts to award more money to schools, arguing that the current deal does not allocate enough resources to the system.

Notably, the Kansas Can redesign project does not award any additional grant funding to the participating schools. And Watson recognized that the sweeping changes his agency is pushing for will inevitably come at a cost that the local school districts will have to bear. He expressed optimism at what the schools can do with the modest influx of cash they are scheduled to receive under the school funding agreement. Watson described the current, pending deal as “adequate to fund the new vision” and explained that he specifically wanted the programs to be designed with sustainability in mind.

“When you see an infusion of money like Race to the Top, you see innovation that is never sustained. You’ll see it happen for three, five, six years, and then you’ll watch that system slowly revert back over time to what it was. We don’t want that to occur.”