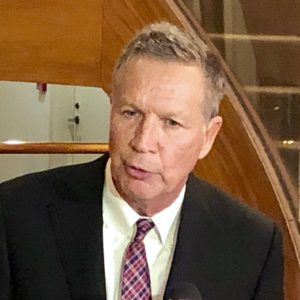 Kasich to Granite State GOP: Your Midterm “Wipe Out” Was A Message

Outgoing Ohio Governor–and possible 2020 presidential contender– John Kasich told New Hampshire Republicans that the midterm results were a message from the voters about the current conditions of the GOP, and the party should listen.

“Look right here in New Hampshire,” Kasich said at a gathering of supporters in Concord on Thursday. “The Republicans got wiped out everywhere. So that should send them a message: Don’t double down on what you’ve been doing.”

And by “what you’ve been doing,” Kasich clearly meant support for President Trump. His analysis of the midterm results laid the blame for the GOP’s electoral beatdown right at the president’s feet. Referencing the Trump-led GOP’s poor performance in the suburban communities, Kasich quipped, “In the old days, if you were a Republican, you couldn’t wait to get to the suburbs. Now you can’t go to the suburbs.”

“I’ve been saying that if the Republican Party did not change this message–if it did not reject things like family separation at the border; didn’t stop talking about taking healthcare away from people, and fashioning a plan where people could have healthcare security–that [Tuesday] would be a devastating night.”

In other words, they want President Kasich. 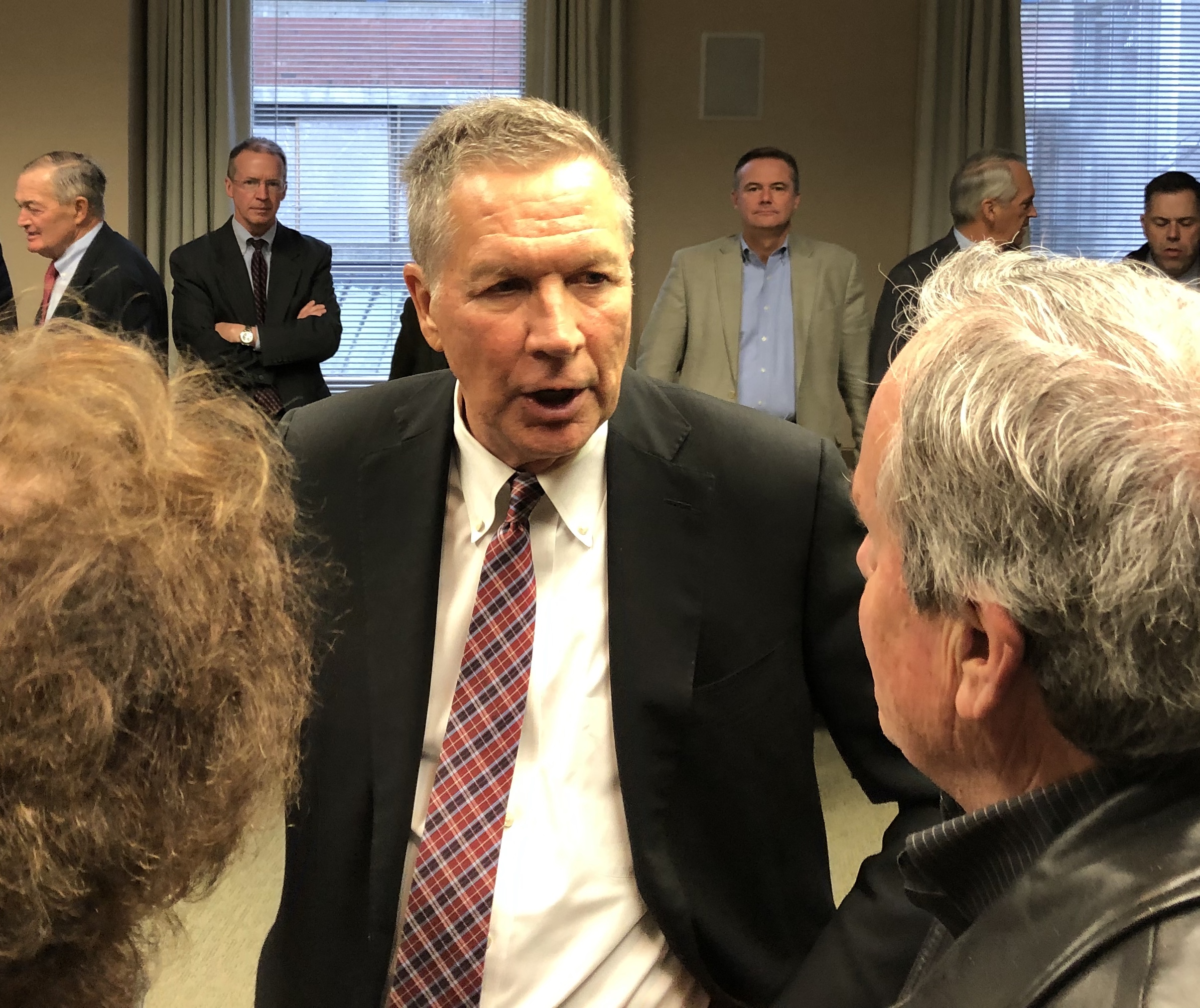 Despite assurances from his host, Tom Rath, that the 2016 GOP candidate “won’t be coy,” that’s precisely what Kasich was on the topic of a 2020 run. During the meet-and-greet with supporters, former U.S. Senator Gordon Humphrey called out “Are you running for president?”

“Gordon, I can’t tell you that,” was his reply.

What’s clear is that Kasich has every intention of running. The only question is whether it will be as a Republican or as an independent? In previous interviews, Kasich has talked openly about the difficulty of challenging Donald Trump in his own party.  “Right now, if you ran against Donald Trump in a primary you wouldn’t win,” Kasich said in a recent Comedy Central interview.

When asked about that comment by NHJournal and whether the math precluded him from running as a Republican, Kasich pushed back:

“I’m a Republican. I’m a Republican for all my life.  The question is, can you grab it back [from Trump]?  Can you pull it back?  I don’t know. I mean, that’s something you have to think about.”

The word from people around Kasich is that he’s leaning towards running as a Republican at first. But if conditions don’t change or there’s no realistic path for success, he would consider running as an independent.

The problem is neither of these paths look promising, according to veteran NH GOP operative Steve Duprey. At a post-election event in Concord on Friday morning hosted by the DuPont Group, Duprey said that, while Kasich is a friend “and he would make a terrific President,” he didn’t see his candidacy would be funded.

“Where would the money come from? Most money comes from super PACS and while the people who put significant money into super PACS don’t mind long odds, they don’t like ‘no odds.’ Are there really five or six wealthy people who will each pledge $3 to $5 million for what will be a very uphill battle?”

“It’s too early to tell for sure,” Duprey said, “but the odds are daunting.”

It doesn’t take political courage to do the right thing. pic.twitter.com/rrOzrykhSu

But for the moment, John Kasich remains undaunted. The same day he arrived in New Hampshire, he posted what appears to be a campaign video on Twitter. “It doesn’t take political courage to do the right thing,” Kasich says.

But to win a political election, it takes votes. As as of now, where Kasich hopes to get those votes is unclear.